In Pictures: Disruption for Edinburgh Trams

There was disruption on Edinburgh Trams for around four hours on Wednesday 11th December after high winds caused a pipe to become loose on a building in South Saint Andrew Street. The pipe was precariously close to the overhead wires so the decision was taken to suspend all tram services between West End and York Place whilst it was made safe. In the event this revised service ran for around four hours. 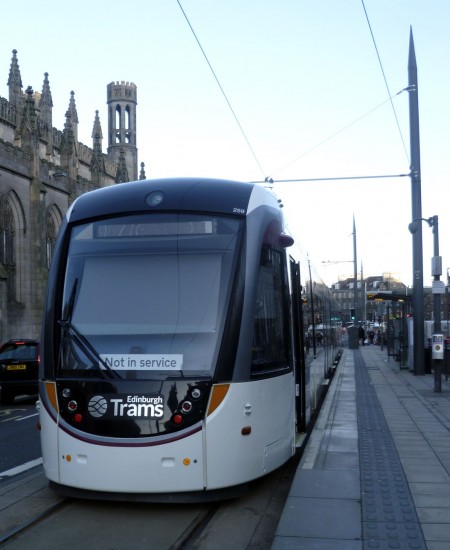 259 was stranded at York Place throughout the suspension. Note the “Not in Service” board in the cab. 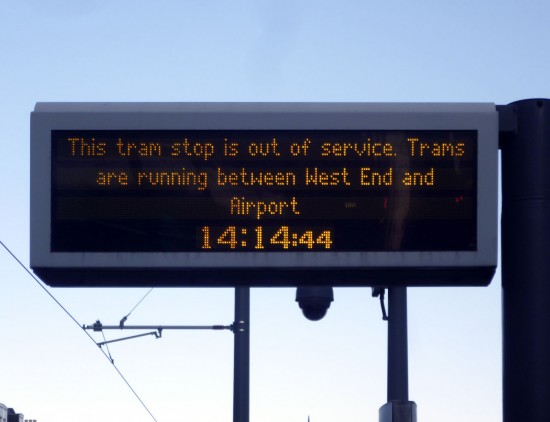 The PID telling passengers the news about the part route suspension. (Both Photographs by Roy Calderwood, 11th December 2019)