Today we take a look at a couple of images of Blackpool Balloon 715 “15 Years Apart”, a tram which has changed ownership in this period but still remain firmly on the Blackpool Tramway.

In 2004 Balloon 715 was just another member of the tram fleet in Blackpool, operating almost daily throughout the season before getting the winter off as the service went over to the Centenary Cars. Wearing a coat of the contemporary green and cream livery, 715 was also carrying “T” adverts between decks with this side of the tram advertising the Freddie Starr Show on North Pier (the other side had an advert for Coral Island’s Seafood Bar). This photo shows the tram at the old Starr Gate on 17th September 2004. 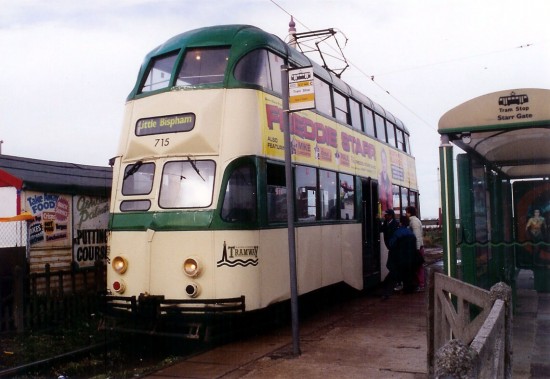 Several changes of livery and a change of ownership have followed for 715 which is now part of the Fylde Transport Trust’s collection although one thing has never changed and that is that it is still running regularly on the Blackpool Tramway. 2019 saw a small repaint for the tram returning to the 1970s green and cream livery style and receiving side adverts as well, and similarly to 2004 they were different on each side. The side shows the advert for Blackpool Zoo (you can find CIS Insurance on the other side) as the tram stops at Cabin on 28th September 2019. 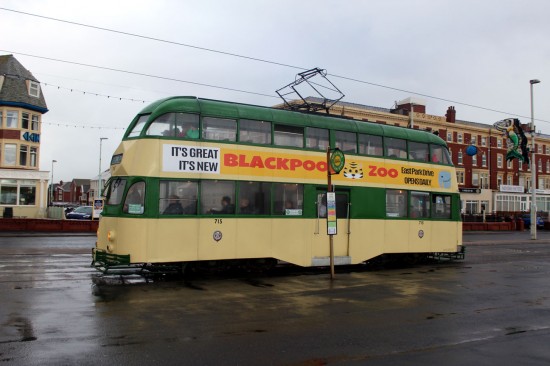