Today’s tram which “Ran in 2019” is another of the national collection at Crich – Liverpool 869.

For much of the year Liverpool 869 is used for the Ultimate Driving Experience as members of the public get the chance to get behind the controls for a day of driving at the museum. But that’s not to say that it doesn’t also escape into service at times with its modern, sleek lines and fully enclosed condition proving popular.

The first photo below shows 869 in the depot yard preparing to leave for a day in service on 21st September 2019. 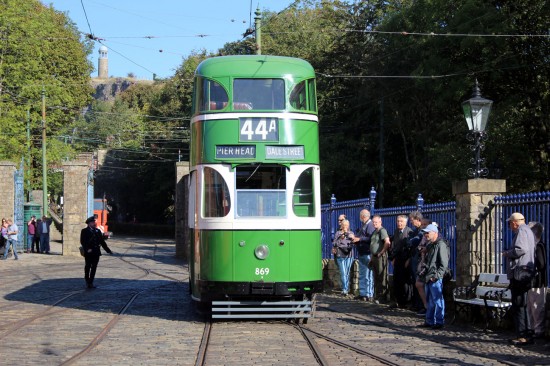 Then in this second image, taken on the same day, we catch-up with 869 at Glory Mine with it just drawing forward to the very end of the line. 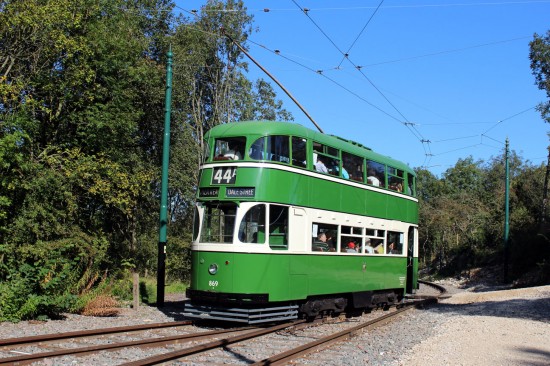 This entry was posted in Crich Tramway Village, They Ran in 2019. Bookmark the permalink.