In Pictures: Disruption continues on Supertram

Posted on Friday 8 November 2019 by Gareth Prior

We brought you the news last night about the flooding causing disruption for Stagecoach Supertram and 24 hours later it is still making its presence felt with a revised Supertram service still running and no sign of when this may end. The heavy rain which fell in South Yorkshire (as well as other areas of northern England) on Thursday 7th November caused flooding across the region and led to people not being able to leave Meadowhall Shopping Centre with some having to spend the night. For Supertram the high level of the River Don had meant the tram bridge at Tinsley was deemed unsafe and as such no trams could travel beyond Meadowhall South/Tinsley on both the Yellow and Tram-Train routes.

Moving on to the morning after the night before and the tram bridge was still not cleared for use which meant it was still not possible for Yellow route trams to go to Meadowhall whilst the Tram-Train service was suspended in its entirety. The Tram-Train service was doubly hit by flooding as the route through Rotherham Central and to Parkgate was also under water so even if the bridge wasn’t a problem they wouldn’t have been able to operate to Rotherham anyway.

In all this disruption it may have escaped the notice of many but 124 was in service for the first time since May, although did suffer with a fault and had to be returned to depot.

There is still no word of when things may return to normal with the need to wait for the water levels to fall before checks on the bridge can be made. 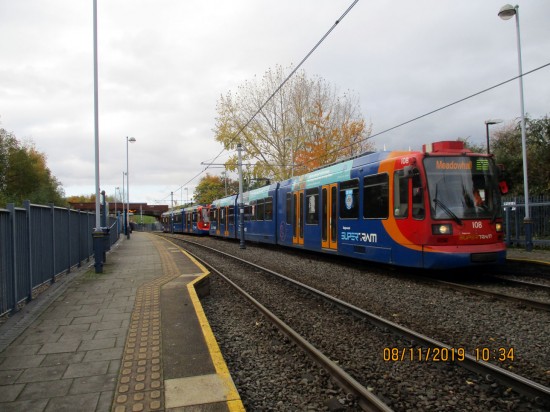 At Arena where 108 is just replacing 124 in service. 108 will form the next service to Meadowhall South but needs to wait for access to the line ahead. 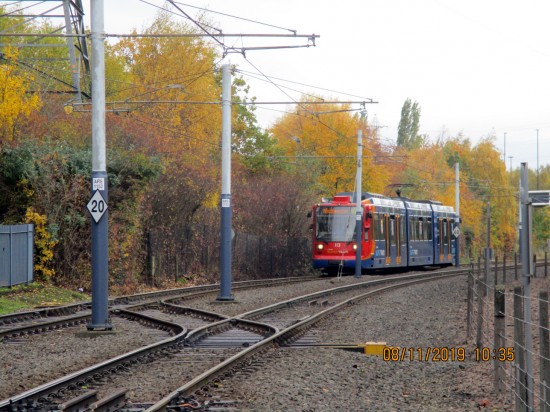 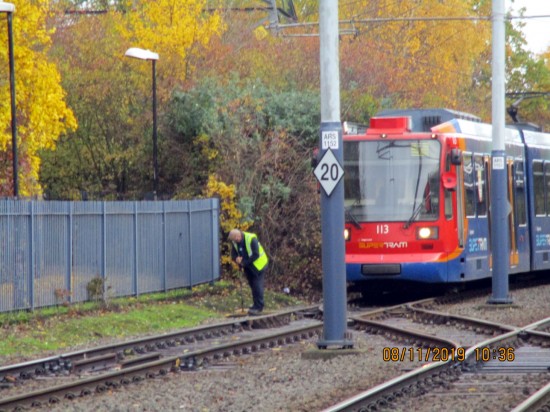 The driver of 113 gets off the tram and changes the points manually to gain the correct line. 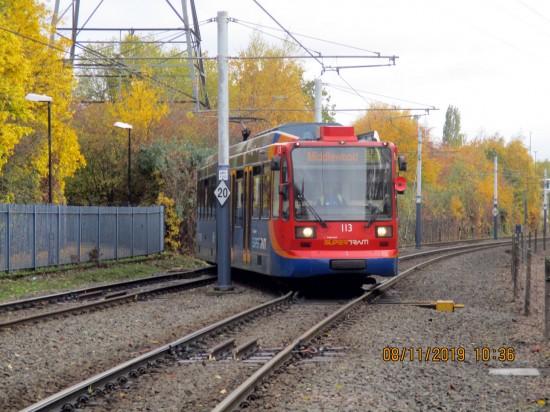 And then 113 uses the crossover and gains the correct line again. 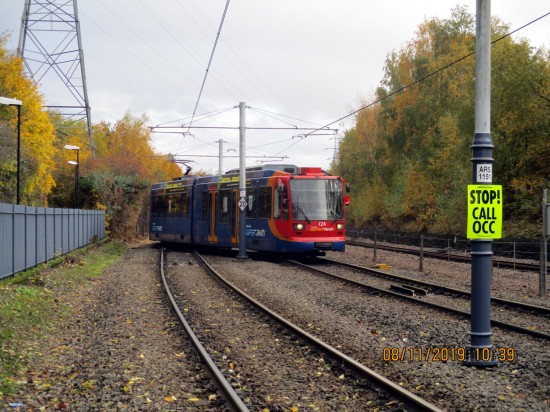 124 is also seen using the crossover as it prepares to head back to depot. This was 124’s first day in service since May. 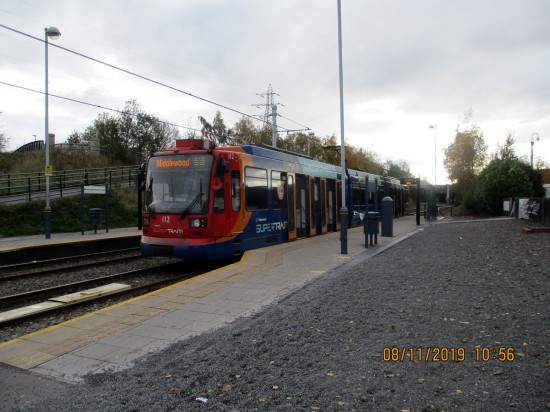 112 stands at Meadowhall South where it is getting ready to head back to Middlewood. As can be seen it is in the Meadowhall bound platform but will recommence its journey here and run wrong line as far as Arena. 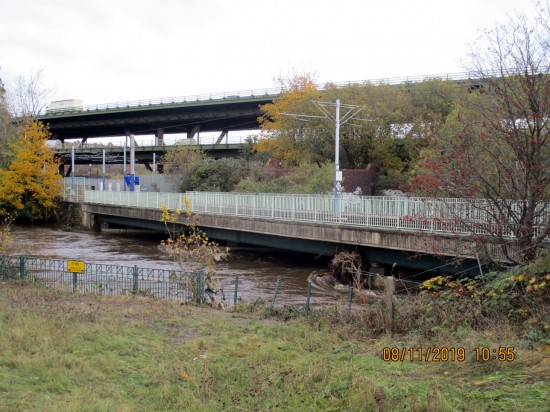 And the scene of the trouble. This is the tram bridge at Tinsley (just by the junction with the Tram-Train line) where the high level of the River Don can be clearly seen (and this is after it had subsided slightly). (All Photographs by Stuart Cooke, 8th November 2019)