For the next few weeks we are back in the north east each Saturday for our more modern light rail and tramway dip into the archives. It is, of course, the Tyne and Wear Metro and we are in fact heading back to the 30th anniversary in 2010.

As part of the 30th anniversary celebrations a depot open day was held at the facility in South Gosforth allowing the chance to see “behind the scenes” and inside the depot. In the two below pictures we take a look at 4014 which was stabled over an inspection pit. Like all of the trains in service on the Metro this was by Metro Cammell in Birmingham and was one of 88 production examples built between 1978 and 1981. At the time of these photos it was carrying the Red and Yellow Metro livery which had been applied during a fleet refurbishment during the mid 1990s (there were also Blue and Green versions of this livery). It has since been refurbished again and is in the standard Black and Yellow based livery. 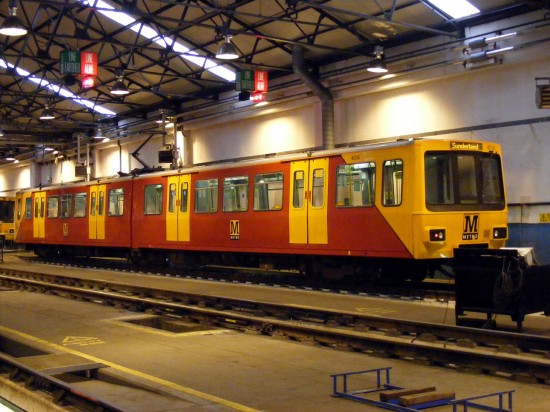 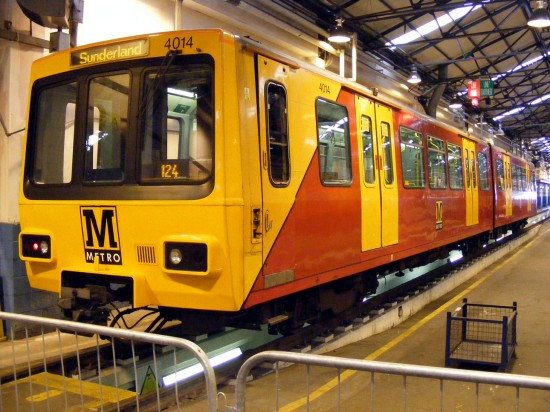 Both Photographs by Trevor Hall