As work around Sheffield City Centre continues yet more old tram track has been discovered, some 60 years since it was last on the surface in use for its original purpose. When many towns and cities abandoned their tramway rather than rip up the old track they remained in situ and were then covered not only for ease but also to strengthen the new road surface and judging by the amount of track found in Sheffield recently they did that a lot! 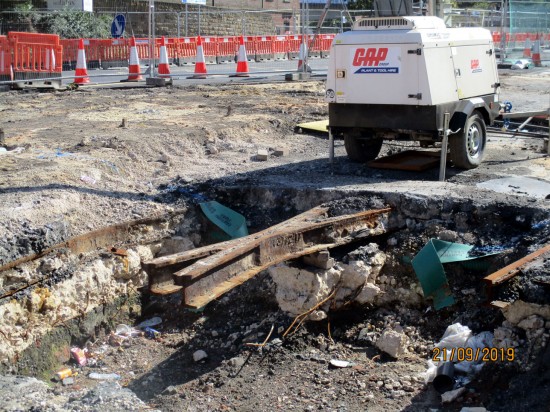 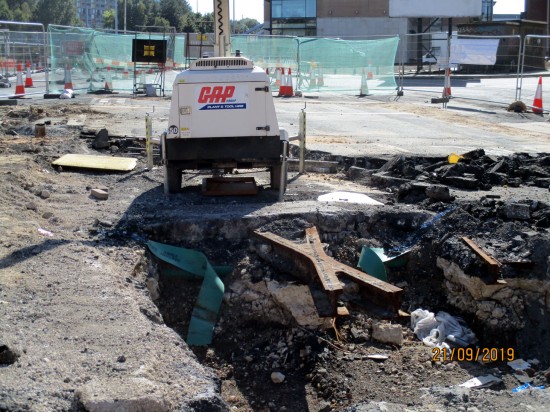 Peeking out from under the road surface here we see the old track in Exchange Street. (Both Photographs by Stuart Cooke, 21st September 2019)