Earlier this month the Southampton Tram Project had to cancel their planned open day in their workshop situated adjacent to one of the Cruise Terminals in the city because of access problems but unperturbed by this cancellation (and having already booked to stay in the city), British Trams Online reader Robert Blackburn contacted the group directly and was kindly given a private behind the scenes tour and update by Nigel Smith. The following report and photos are from Robert giving an update on recent progress and the future.

The Southampton Tram Project have three trams in the warehouse: Southampton cars 11 and 38 and Lisbon 715. Although at one time known as the Southampton tram 57 Group; this tram is no longer part of the collection, hence the name change.

The first thing Nigel told me was that ABP (The Association of British Ports) want The Southampton Tram Project to vacate the current shed, though not necessarily immediately. This is because ABP wish to build an extra carriageway beside the Ocean Cruise Terminal, to allow ABP better access for HGVs serving arrivals. Alan Jones, the director of the Aviation museum Solent Sky, in Southampton, has offered space for the two Southampton trams and Lisbon 715, which will allow much greater speed of restoration (comparatively speaking) since there will be an opportunity –as Solent Sky is a registered charity—to apply for financial assistance from official public funding bodies, This will still be the case, even though manpower to do the work will still be in very short supply.

The TCB (Top-covered Bargate) car, No.11, is largely complete, though many important jobs still have to be done. Among these are the fitting of the ex-Oporto extended and re-wheeled truck, which has been ready, in store, complete with motors, for many years. Remaining work included the fitting of the English Electric controllers and other electrical equipment, newly-made destination blinds, and final coats of paint and varnish to the car’s exterior. The seating on both decks is almost complete now. The ‘J’ seats at each end of the upper deck remain to be constructed, but an order has been placed with a contractor. All the windows and glazing have been complete, or, where not, is on order. This car is the only surviving example of a Top-covered Bargate car, many of which were sold on to Leeds in 1950, though not all ran in service there. No. 11 was bought be a local landowner in 1950, Mr Corbett, as a Wendy House for his children. The children grew up, of course, and the tram body remained in situ near Alresford, Hampshire, until it was rescued in 1979 by a team from the Royal Corps of Transport, based at Marchwood near Southampton, and brought back to the city for restoration.

Car 38, one of a batch of open platform, uncanopied cars (38–49) with upper deck knifeboard seating, was delivered form Hurst Nelson, Motherwell, in 1903. The lower deck has had a new underframe fitted, and also has an ex-Oporto standard gauge truck and motors ready to be overhauled and fitted when the body has been fully restored. This car body already has a new lower deck floor, and RSJs have been purchased to make platform bearers to create a new flat dash, thus making 38 quite distinct from Southampton 45 at Crich. Space and funding at Solent Sky will enable the car to be completed, with short canopies and flat dashes at each end, wiring and controllers to be installed, the already existing trolley-base to be fitted, and with new staircases and replica knifeboard seating on the top deck. Clearly this still means a lot of work, but the project is encouragingly feasible within a tolerable timeframe.

Some years ago, Lisbon 715 was acquired by the Southampton Tram Project almost by accident. It was considered as a possible source of spares, for a time, and has never been re-gauged. The ‘use-for-spares’ idea has long been set aside, and the car, of the same type as the re-gauged and restored Lisbon 730 at Birkenhead, will form part of the operational trams, if the Solent Sky scheme comes to fruition. Ideally all three cars would run on a demonstration stretch of track (with overhead and poles, of course) and the plan is to allow for this at Solent Sky Museum as part of the site’s long-term development, subject to funding and space limitations. 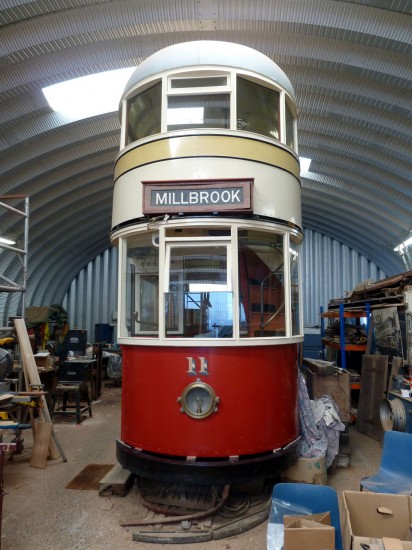 No. 11, the domed roof car which has seen the most work concentrated it is seen here in the workshop in this end view. 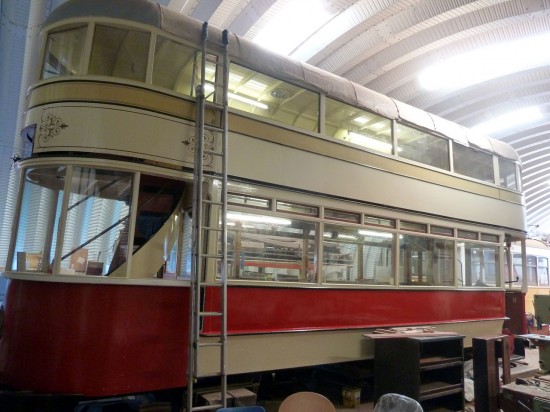 A side-on view of 11 with ladder allowing access to the top of the tram. 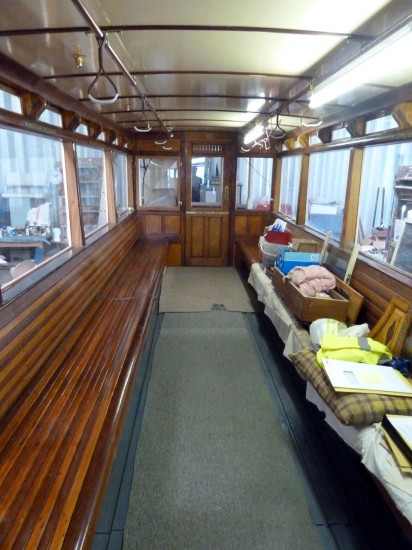 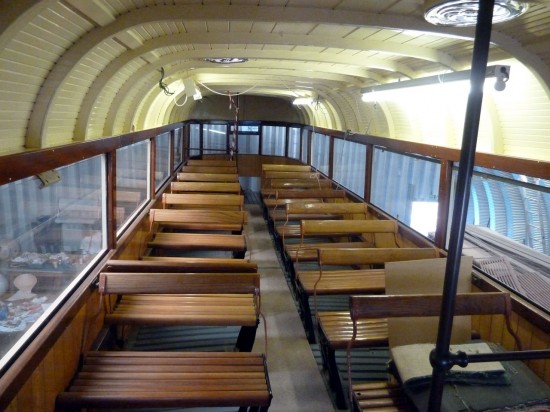 And this is 11’s upper deck with swingover seating in place. 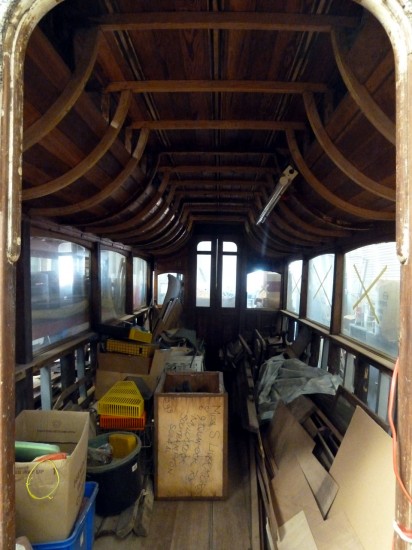 Moving on to 38 and this is the lower deck currently in use as a store. 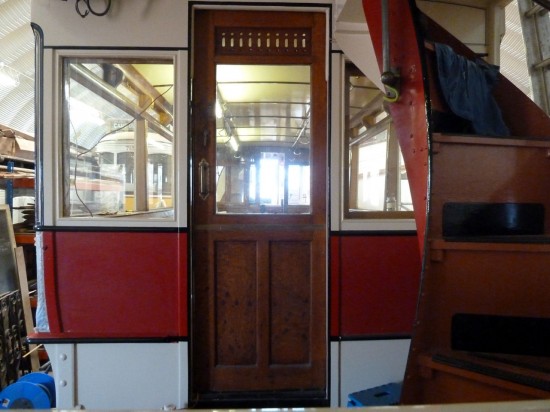 Car 11 again showing the platform and stairs to upper deck. Lisbon 715 can also be seen in the background. 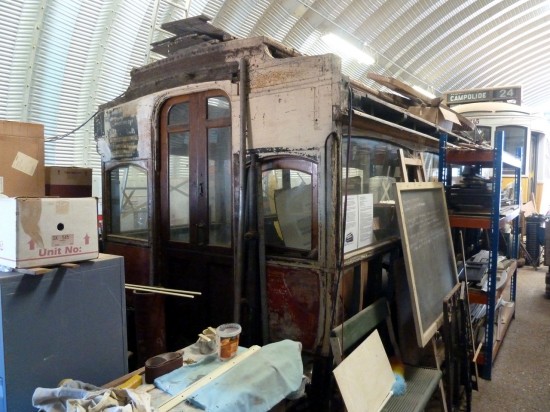 The exterior of 38 showing what remains of the tram. Again we can see Lisbon 715 in the background. (All Photographs by Robert Blackburn, 14th September 2019)