Its all go on the Douglas Bay Horse Tramway this week with testing continuing along the 500 metres of track available ahead of a start of service (planned for the end of May and in time for the TT period – so hopefully very soon!). Saloon 29 has been engaged in this initial testing with various horses testing out their new track. And if this isn’t enough for you Toastrack 21 has now returned to Douglas following its rebuild.

21 is the sixth horse tram to enjoy a full rebuild since the horse tramway came under the control of Isle of Man Transport and is the second Toastrack to be so-treated. The overhaul of 21 has seen some long lost features returned including the fitting of replacement ironwork and lamphouses in the original style. These had been removed several years ago as the more elaborate features were taken away to ease maintenance but are now fully back in place. 21 returned on Thursday 23rd May and will have work on its overhaul completed. Once this is done the tram will be fully commissioned for service and is expected to be available for use later in the 2019 season.

Under Isle of Man Transport ownership saloons 27 and 29, toastrack 42 and sunshades 36 and 45 have all undergone significant rebuilds both at the MER’s Derby Castle workshops and also at other firms on the Isle of Man. There is no denying that the operational fleet on the Douglas Bay Horse Tramway is looking almost as good as new now! 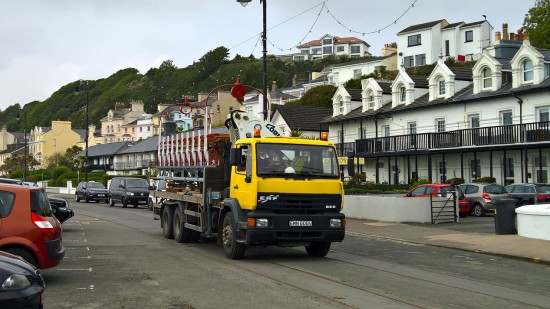 21 is driven along Strathallan Crescent as it returns to Douglas after rebuild. 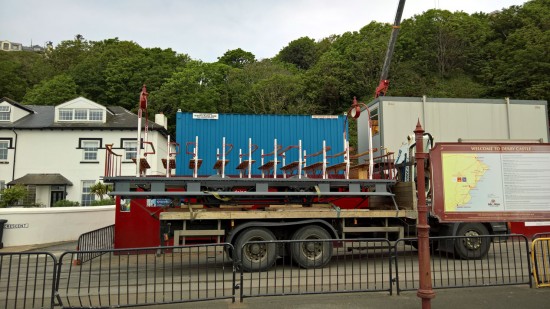 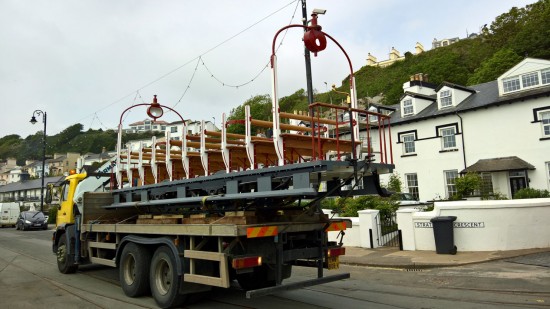 This final view shows the detail of the reinstated features on 21. (All Photographs by Mike Poole, 23rd May 2019)