In Pictures: Back to fleet livery for 3072

It would appear that Manchester Metrolink 3072 has had a successful job search as the tram is now back in fleet livery following the removal of its advertising vinyls for Total Jobs. Also previously unreported on these pages is the removal of the advert for Talk Talk on 3088. With the removal of these adverts it now means that just the four Vodafone adverts and 3075’s advert for The Body Shop remain of the full vinyl wraps – the lowest number seen for quite some time on Metrolink. 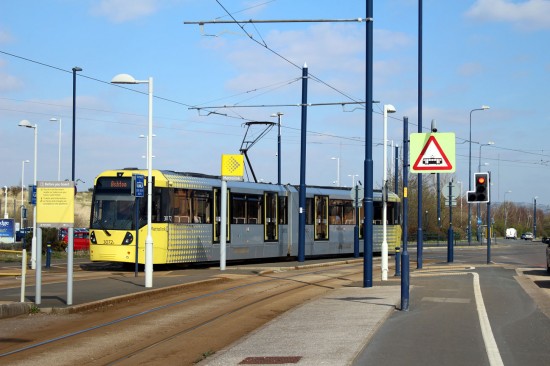 3072 departs from Ashton Moss – back in fleet livery following the removal of the Total Jobs advertising vinyls. (Photograph by Gareth Prior, 28th March 2019)