Glory Mine and the case of the missing siding!

On 24th February, work was continuing on the track work at Crich Tramway Village which has seen the Glory Mine passing loop renewed over the closed season. On this date London Tramlink 058 was used to transport a further four lengths of new rail to the terminus to be laid as the work approaches completion in time for the museum’s re-opening.

The most notable developments have been the previously reported restoration of a lengthened reversing stub at the far end of the line, and the temporary removal of the nearby siding. To replace this was considered to be too ambitious for one winter, and it is planned to restore the siding in the future when resources allow. For now, the extended stub will enable any demic trams to be stabled there so as not to get in the way of the service trams. 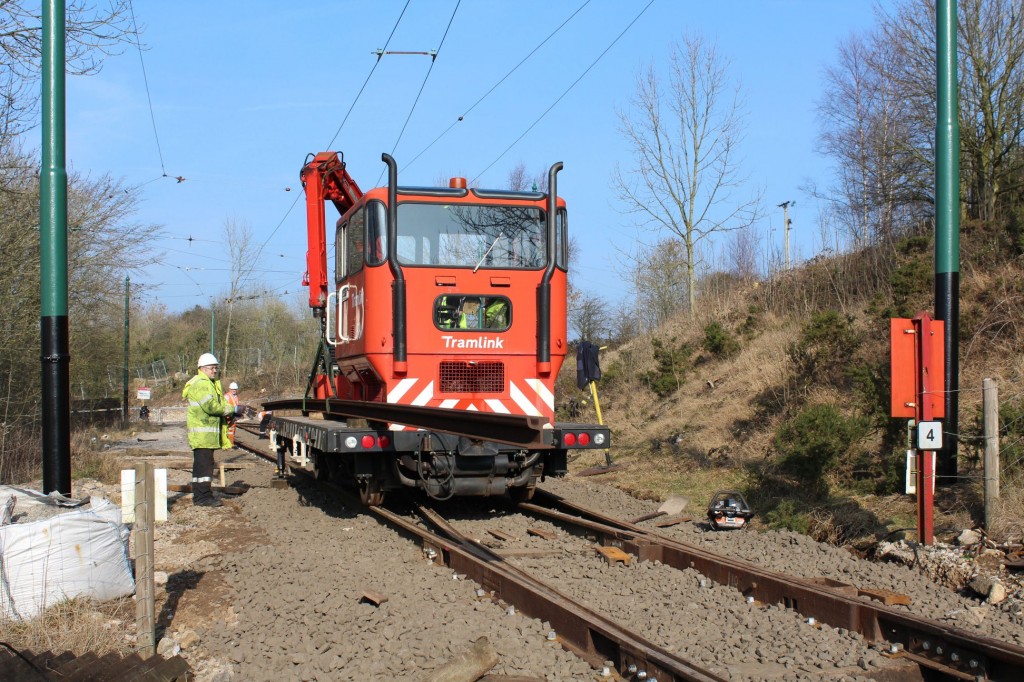 In superb sunshine, the London Tramlink KLV is shown delivering sections of rail to the work site at Glory Mine. 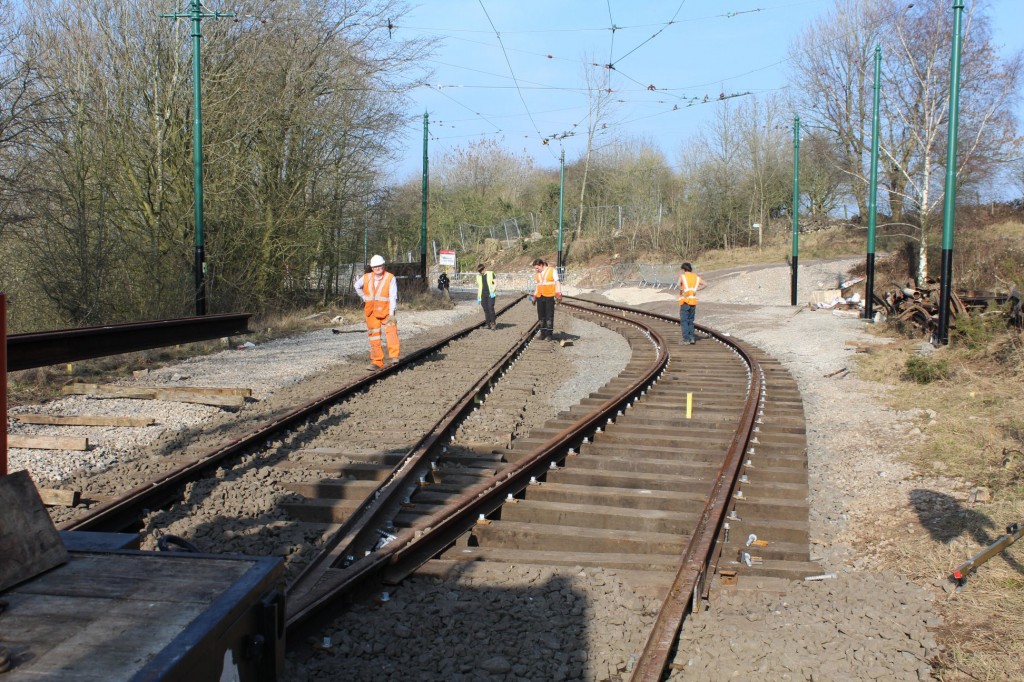 A preview of the revised track layout with new rails in situ - but no siding! (Photos by Peter Whiteley)