Posted on Tuesday 26 February 2019 by Gareth Prior

In recent months we have reported in passing about the fate of West Midlands Metro 26 following its return from Wolverton where it had been for repairs after suffering a derailment at the depot. The tram was returned to Wednesbury back in March 2018 but despite this it still hasn’t turned a wheel in service and is now stored at the bottom of the yard along with T69 16. The pair have now also been joined by 34 which has been used since December.

It is understood that 26 has been used as a source of spares to keep the other Urbos 3s in service but apart from this it isn’t known whether the tram would be serviceable. It is known that it suffered some underframe damage after derailing around the depot which necessitated it to be sent away to Wolverton Works but presumably the period it spent there would have solved the problem. After the amount of expenditure involved you would have thought it would have been prepared for service – but despite returning on 22nd and 23rd March 2018 it remains stored 11 months later. Whether it will be returned to service once the work on fitting batteries to other trams is completed remains to be seen. It last ran in service back in June 2017.

The “stored corner” in the depot yard also has a third occupant (as well as T69 16) with 34 now in situ. What the problem with this tram is also unknown but it hasn’t been noted in service since 11th December.

With trams regularly being taken out of service for the fitting of batteries – work which will need to be finished (or near enough) by the end of 2019 for use on the extension to Victoria Square – the issues plaguing both 26 and 34 must be serious as it does leave fleet availability rather tight. Out of the fleet of 21, 15 trams at required at peak times with 12 the rest of the day and then six on Sundays. Often two trams are out of action for battery fitment plus those for regular maintenance and you can see just why there are sometimes periods when a full service can’t be provided. 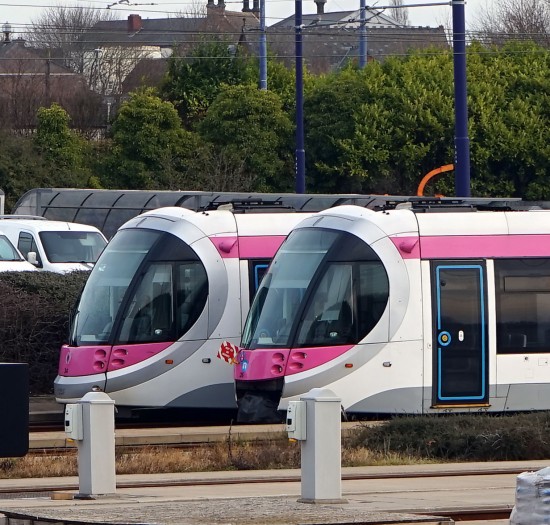 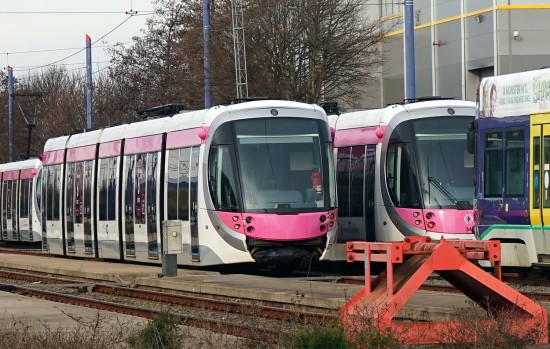 Both of the trams are stabled with pantographs lowered. 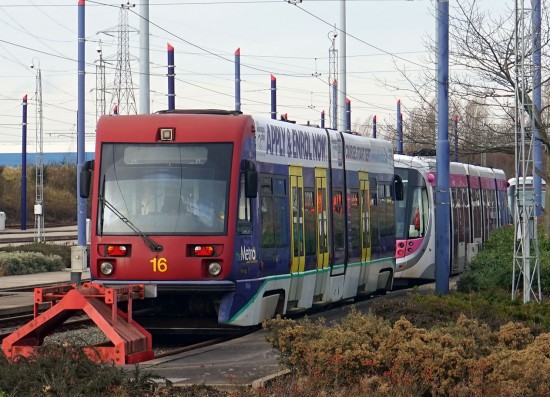 Let’s also not forget 16 remains stored at the depot. (All Photographs by Andy Walters, 13th February 2019)