Around the World in Trams: Tenerife Tram 18

Posted on Sunday 27 January 2019 by Gareth Prior

Another image taken on the Canary Islands today as we feature Tenerife Tram once more.

You could be forgiven for thinking that is only the UK that has issues with cars v tram incidents but not so as this image actually features a very near miss between the two vehicles. The car on the left has just managed to stop before the tram crossed its path with very little gap left between the two. The tram this time around is no. 18 which is just picking up speed having left Intercambiador en route for Trinidad. 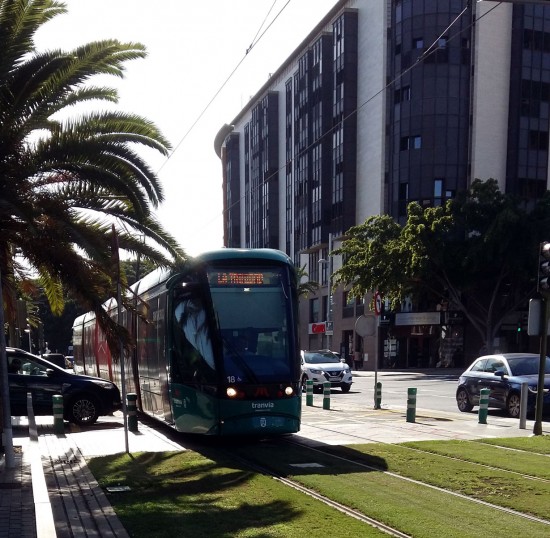