Posted on Saturday 26 January 2019 by Gareth Prior

Services on the Yellow routes of Stagecoach Supertram were severely disrupted on Friday 25th January after Citylink 399 205 failed at Hillsborough. The fault on the tram-train was so severe that it was not possible to repair on site and so there was the unusual sight of a Siemens-Duewag tram – 109 – being coupled to the stricken 399 205 to push it all the way back to depot. Stuart Cooke was on scene.

Fortunately – as in it could have been a lot worse! – 399 205 was declared a failure on the Middlewood side of the junction at Hillsborough which links the Blue and Yellow routes which meant that it was only Yellow trams which were affected. The Yellow route was diverted to Malin Bridge during the rescue operation with the Supertramlink bus service SL1 being extended from Middlewood to Hillsborough where passengers were then able to change for tram services into the city (anyone from the city had to do the same but in reverse).

The failure happened right in the middle of the morning peak with 399 205 heading inbound on the Yellow route between Middlewood and Meadowhall with it happening just short of Hillsborough Corner. The service changes were in place for approximately two and a half hours whilst the decision was first made to use 109 to couple to 399 205 and return it to depot and then for the actual rescue operation to take place.

Although the sight of a Siemens-Duewag tram and a Citylink tram-train coupled together is unique we are sure that passengers caught up in the disruption weren’t exactly thinking about that at the time! 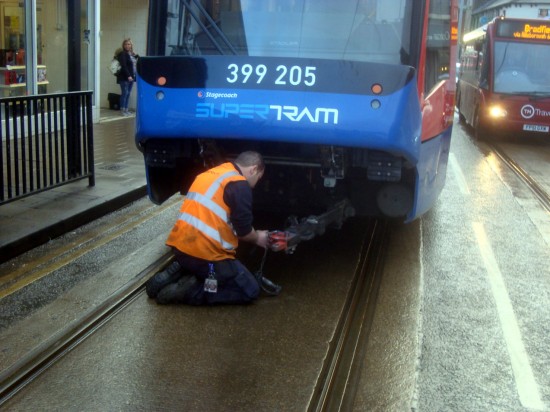 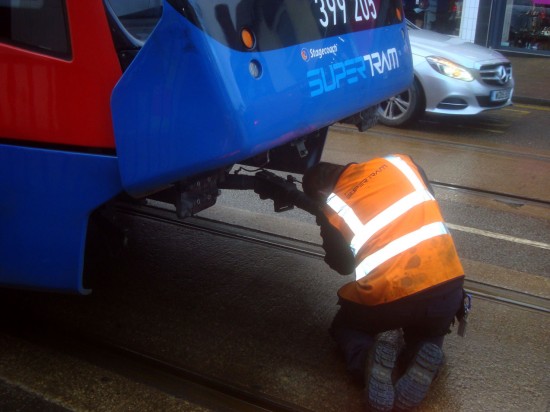 Another view of preparations for the coupling. 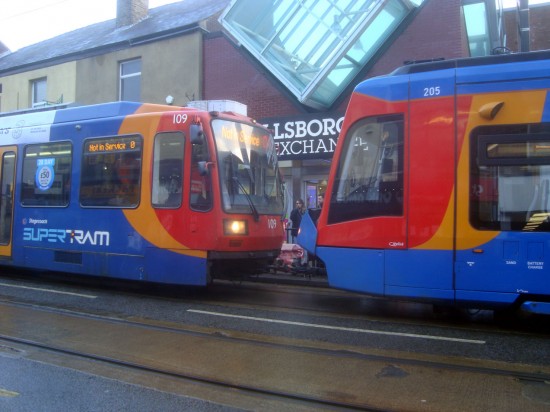 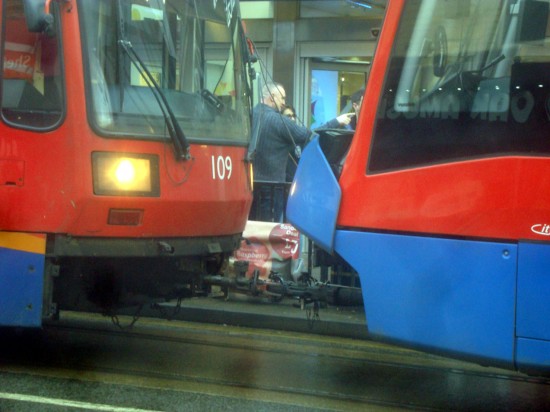 A close-up of the two coupled. 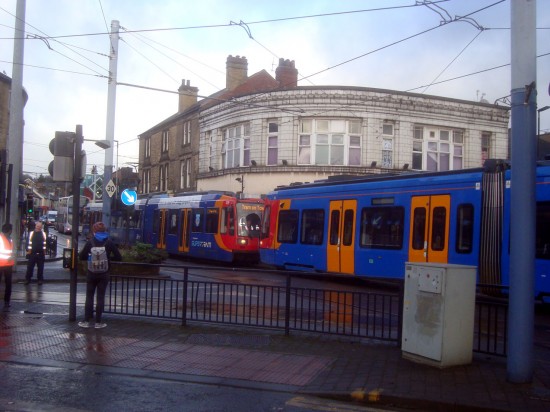 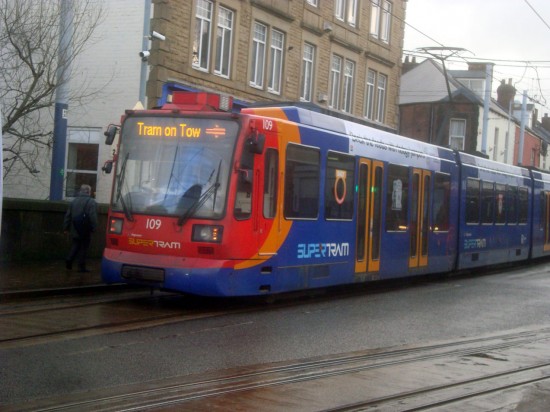 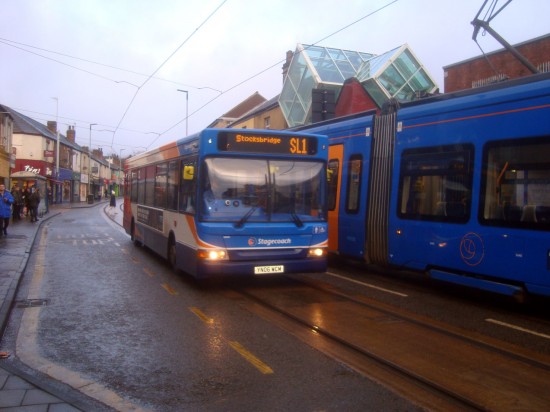 The Supertramlink bus SL1 was extended to Hillsborough during the disruption. One of the Stagecoach buses is seen here passing the stricken 399 205. 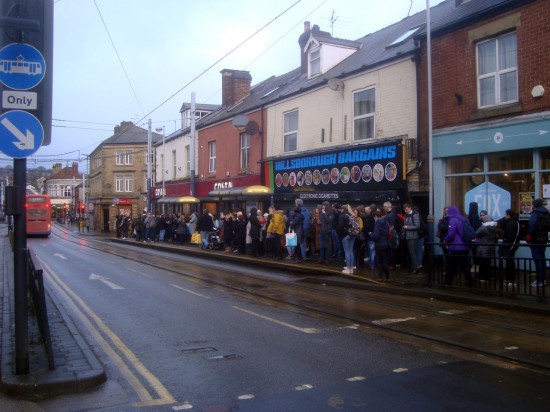 A large number of passengers ending up changing between bus and tram at Hillsborough as seen in this view. (All Photographs by Stuart Cooke, 25th January 2019)