Posted on Thursday 27 December 2018 by Gareth Prior

Today as we head back to Crich we feature more photos of Works Cars in action with two locomotives in the frame. 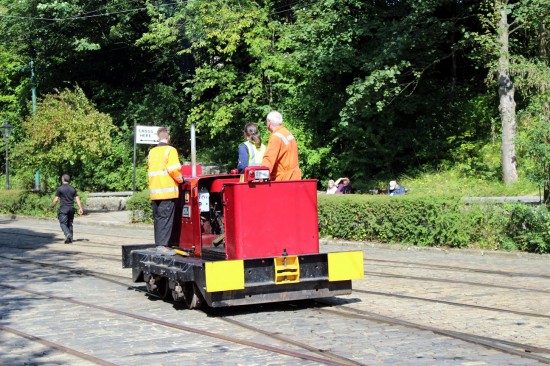 Returning to service in 2018 after workshop attention diesel locomotive GMJ heads away from the camera outside the depot. This small loco was originally used on the quarry line before a tram museum was even thought about and remains a valuable member of the works fleet to this day. 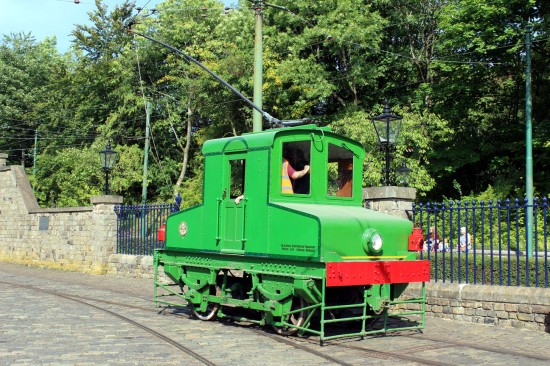 The second loco is the Blackpool Electric Locomotive which was used on the Tramroad to initially haul coal wagons along the line to Thornton Gate sidings. Over the years it has proved itself to be very useful at Crich often being used to shunt stored trams but on this occasion it was on its own offering trips on the mainline to a lucky few passengers. Before it headed out onto the mainline it is seen in the depot yard here. (Both Photographs by Gareth Prior)