September Review – Isle of Man: No. 22 – Another look at MER trailers

Posted on Saturday 22 December 2018 by Gareth Prior

Once again today we are featuring the Manx Electric Railway trailer as we take a look at three of the lesser used fully enclosed trailers. 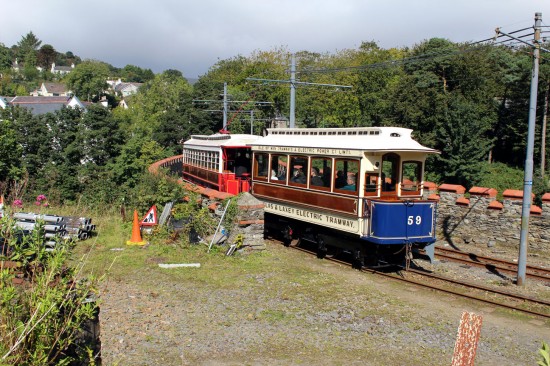 On its very first journey after overhaul and a stunning repaint into this Douglas & Laxey Electric Tramway livery we see 59 (with 2 providing the power) approaching Laxey Station on 7th September. This trailer had last run in March 2015 when it derailed but was returned to use in time for the 125th anniversary events. 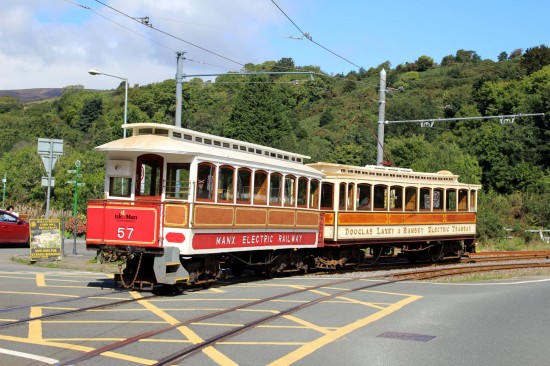 Used very regularly during the week – the enclosed trailer of choice it would seem – no. 57 was running with Winter Saloon 19 on 7th September when it was caught on camera as it headed north past Laxey in order to find its space in the Cavalcade. 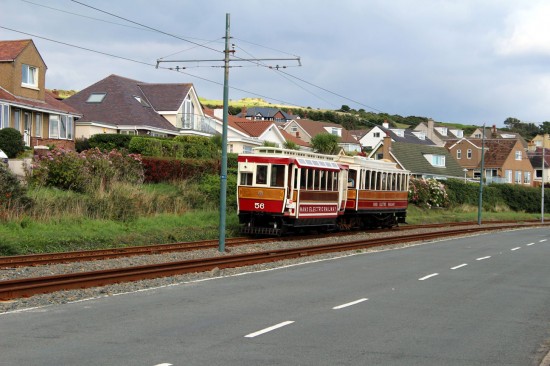 56 is the access trailer and on 7th September was in normal service along with Winter Saloon 20. (All Photographs by Gareth Prior)