Posted on Friday 14 December 2018 by Gareth Prior

The September 2018 event was the second successive event that Brush 621 featured at, with this tram having been restored to service in time for the 2017 version. The original Brush Car remained popular this year with passengers clambering to get on board, especially when it was allocated to Fleetwood service with its fairly low capacity meaning full loads were often carried! 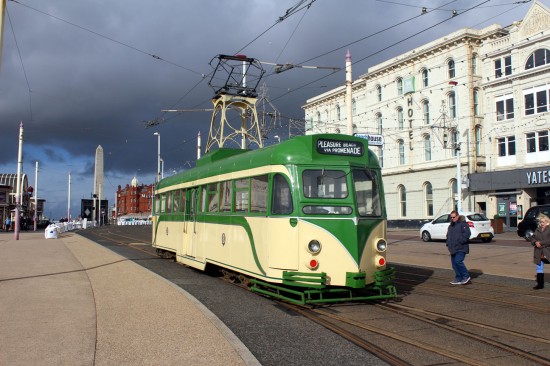 The September Spectacular weekend started on the Friday afternoon with a two tram Prom service running in very strong winds. And it is 21st September that we first feature 621 as it gets ready to reverse at North Pier/Tower for another trip along the Prom to Pleasure Beach. 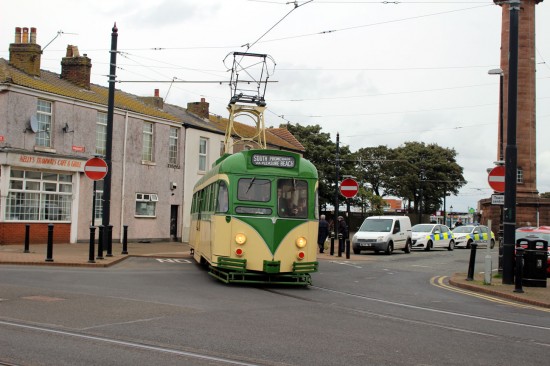 22nd September now and with 621 on the Fleetwood circuit we find the tram just coming out of Pharos Street as it starts a return journey to South Promenade via Pleasure Beach or Starr Gate if you prefer. (Both Photographs by Gareth Prior)

This entry was posted in Blackpool Tramway, September 2018 Review. Bookmark the permalink.