Posted on Friday 7 December 2018 by Gareth Prior

Just a day after the MER Cavalcade and the Douglas Bay Horse Tramway was at it as well! Joining in its younger sisters celebrations seven trams were paraded the entire length of the horse tramway (and back!) – in its final season of traditional alignment, although there was to be another Cavalcade at the very end of the season to mark this occasion. 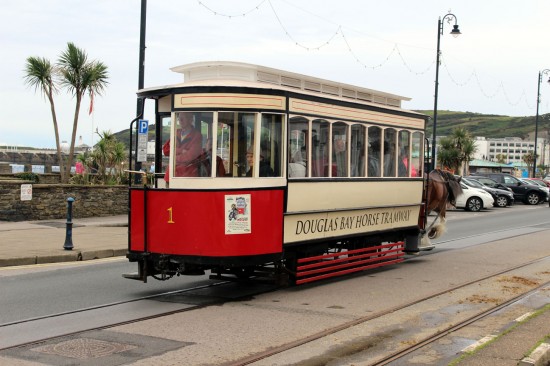 Again the tram ran in numerical order with enclosed saloon 1 leading the way. This is at the junction of Harris and Loch Promenades. Kewin is providing the horse power. 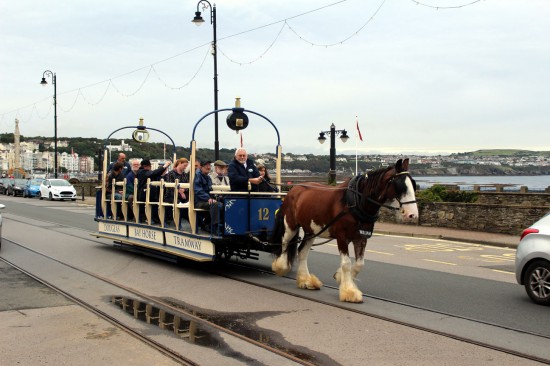 Having run a test run the day before Toastrack 12 was added into the Cavalcade and was certainly one for turning heads. Williams is at the head. 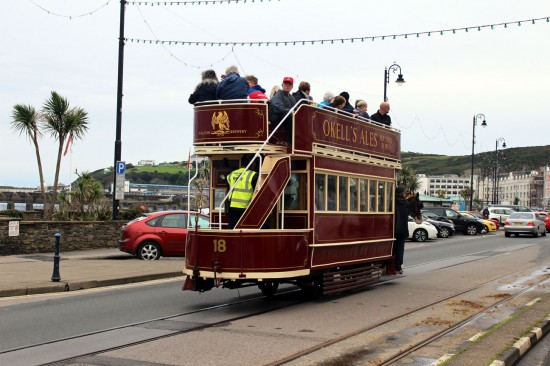 Always popular whenever its out on the line is double decker 18. On this occasion Torrin was the horse in charge. (All Photographs by Gareth Prior)