Posted on Thursday 6 December 2018 by Gareth Prior

The latest public outing of Llandudno & Colwyn Bay Electric Railway 7 took place on Saturday 1st December when it took part in the annual Llandudno Father Christmas Parade – including a full load of young Carnival Queens in the lower saloon!

This was the last of no. 7’s appearances for 2018 but it is hoped that it will once again be out and about during 2019. Owners of the tram, the Llandudno & Colwyn Bay Electric Railway Society, are always on the look out for volunteers to help with manning the tram on its outings and if anyone is interested in helping out they should contact the Secretary of the society – contact details available here. 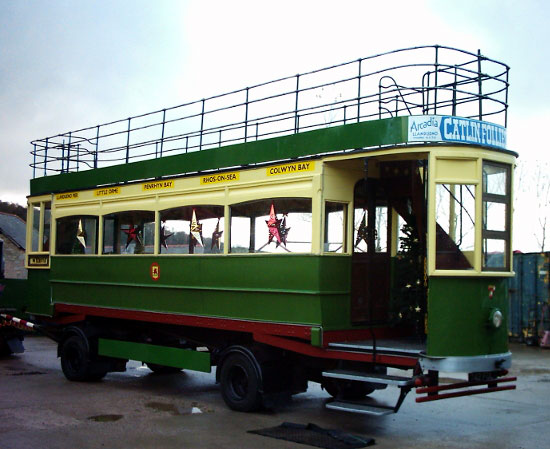 7 is ready for the off in this view. The tram has now received a genuine headlight which was found at this year’s Great Dorset Steam Fair. The Christmas decorations can also be seen including one of three trees on board. 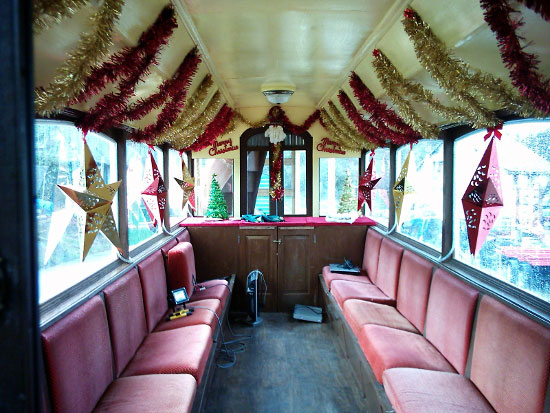 The finishing touches are made to the Christmas decorations. 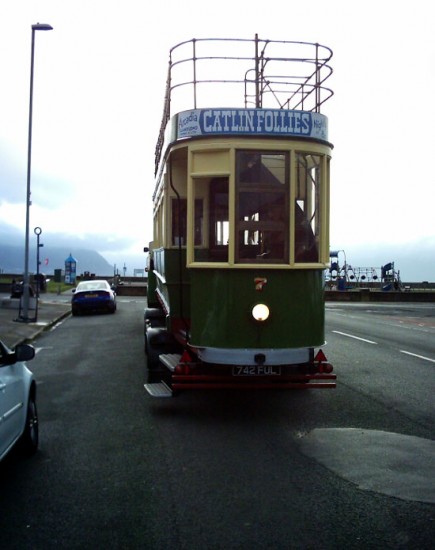 Calling at the old West Shore terminus for the switch on of the new headlight. 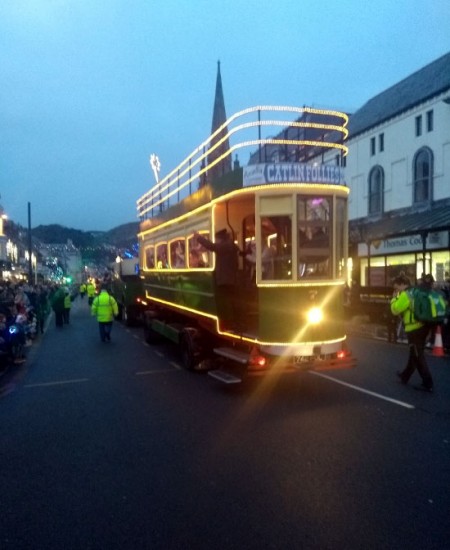 7 brings up the rear of the parade. 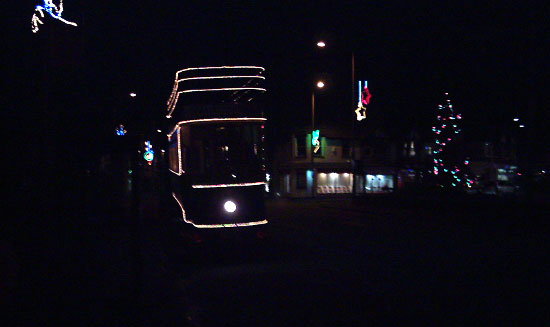 After the parade No.7 was hauled to the Colwyn Bay, Greenfield Road terminus, then back through Rhos-on-Sea passing the old cinema in Penrhyn Avenue - which was a stop in those days - (now the Co-Op) as she heads towards the old tram depot at Church Road in the dark. (All Photographs courtesy of John Bird, Llandudno & Colwyn Bay Electric Railway Society)