In Pictures: Batteries installed on 35

The battery revolution on the West Midlands Metro is continuing with the next tram to have received them – the sixth of the class – being 35. The CAF built tram has not yet entered service but has been spotted outside the depot at Wednesbury sporting the battery compartment on the roof. Testing is likely to commence shortly ahead of its entry into service. Andy Walters captured the following images for us. 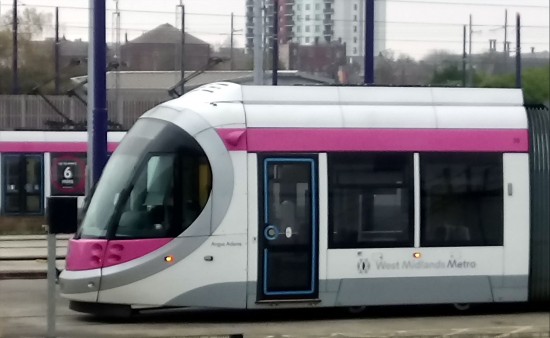 One end of 35 is seen here outside the depot. The battery compartment is visible on the roof. 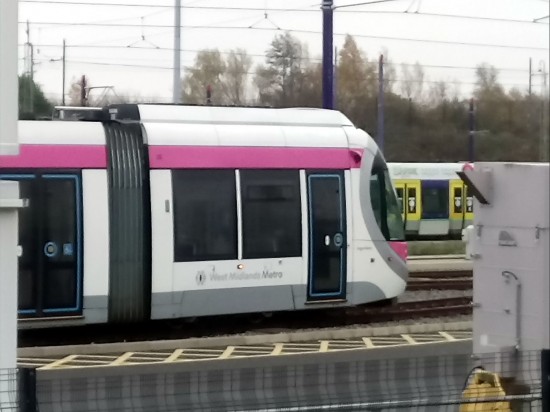 The other end of 35 also has the battery compartment. Also note T69 16 still stored in the depot yard behind. (Both Photographs by Andy Walters, 24th November 2018)