Today Picture in Time heads off to East Anglia for a view of a long standing member of the operational tram fleet – Blackpool Standard 159.

This photo was taken at Easter 1979 and shows Blackpool Standard 159 standing in the – partially constructed – depot. Two further trams can be seen either side of 159 – on the right is Lowestoft 14 whilst we can also just make out Glasgow 1245 on the left of the photo. 159 is, of course, a stalwart of the operating fleet at the East Anglia Transport Museum having operated most years since it inaugurated the tram service in 1971. As for the other two trams they are both currently under restoration although for 1245 this is several hundred miles away at Summerlee whilst 14 remains at Carlton Colville.

With a wall being constructed in front of the trams is it just me who thinks about the story of Henry who got bricked into the tunnel after refusing to move for fear of damaging his new paintwork?! 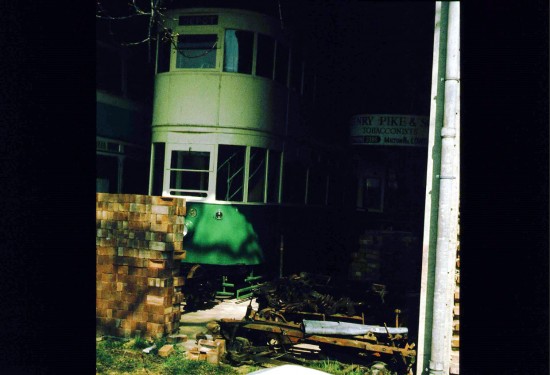