In Pictures: Chesterfield 8 enjoys a day out

Saturday 22nd September saw a rare trip away from Crich for horse drawn tram Chesterfield 8 when it visited Nottingham for the day to help celebrate the 140th anniversary of Nottingham City Transport. A special event was held in Old Market Square with a number of historic vehicles on display – this was 140 years to the week since the very first horse drawn tram ran in Nottingham.

With no surviving Nottingham tram in any sort of condition to be displayed (there are number of tram bodies from the city which do survive but all require major work before any thought is given for them to displayed out in the open again) Chesterfield 8 was sent along instead to demonstrate just what public transport was like in Nottingham 140 years ago (although Nottingham’s single deck horse cars were built by Starbuck whereas Chesterfield 8 was a product of G F Milnes).

Also on display in Old Market Square was a Nottingham trolleybus as well as buses, including some of the most recent Nottingham City Transport vehicles. Some of these buses have received special 140th anniversary celebratory liveries featuring images of transport through the years – including trams. 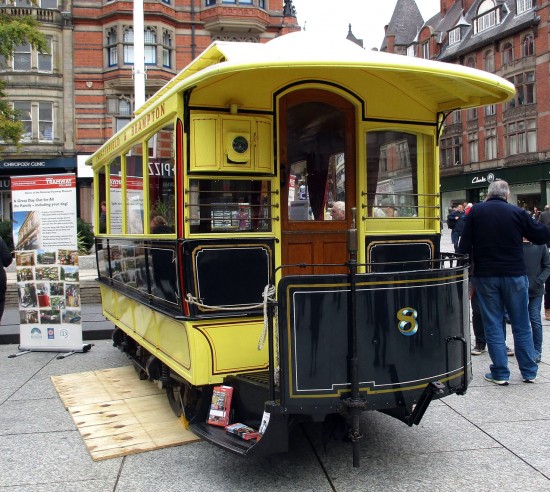 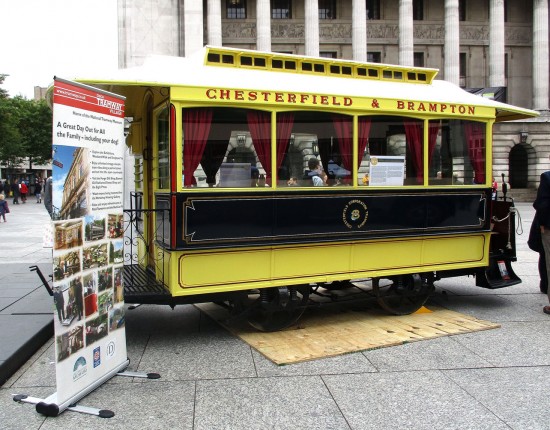 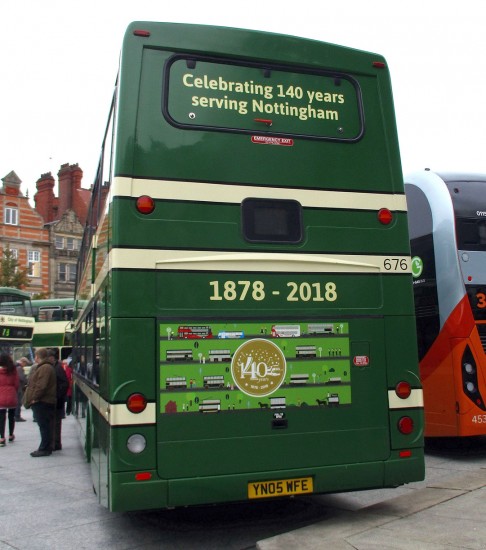 The back end of bus 676 in Old Market Square. This shows the graphics of transport through the years including a horse tram and electric tram. (All Photographs by Hazel Quarmby)