Posted on Saturday 30 June 2018 by Gareth Prior

As so often happens in former tramway towns when work takes place on roads old tram track – buried long ago when the tramway was abandoned in the name of progress – is discovered once again. Another instance of this has happened in Colwyn Bay with the track now dug up and presented to the Llandudno & Colwyn Bay Electric Railway Society.

The track is a 10 foot section and was taken up to make room for the construction of a manhole for the new Council offices at Colwyn Bay. The Society gladly accepted the donation and now plan to make a feature of it along with photos to show where it came from. 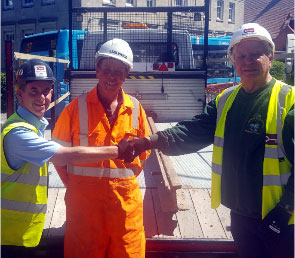 The informal hand-over presentation by Aled Roberts – local manager of the contractor – of the track. The track is seen on the truck behind. 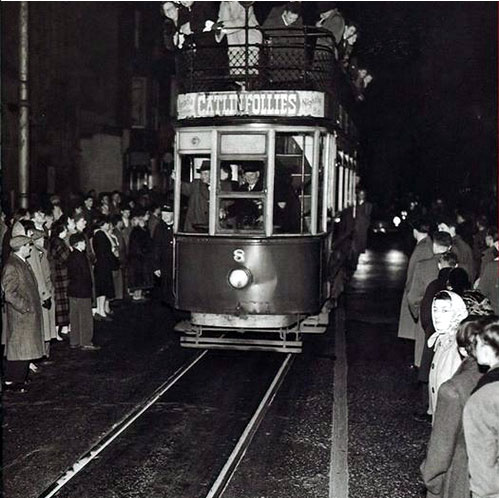 The last tram to travel across the track – no. 8 on 24th March 1956. (Both Photographs courtesy of Llandudno & Colwyn Bay Electric Railway Society)