The East Anglia Transport Museum is the home to two local trams, both from Lowestoft. The more famous of the two is open topper 14 which continues to be restored in the depot whilst the second is in use as an exhibition and has recently enjoyed a repaint.

On 27th May with other vehicles out of the depot a rare chance to get a full side on shot of 14 was possible showing the current state of the restoration. For the casual observer the tram seems structurally complete although a considerable amount of work remains before the tram can enter service. But with Glasgow 488 also still under restoration in Wales hopefully in a few years time both will be in action at Carlton Colville on an extended tramway!

Meanwhile, one of the close season jobs completed around the museum has been the repainting of the as yet unidentified Lowestoft tram which has been at Carlton for almost 30 years now. This tram body had been sold off on closure of the tramway and was rescued in 1990 and now contains a small exhibition. 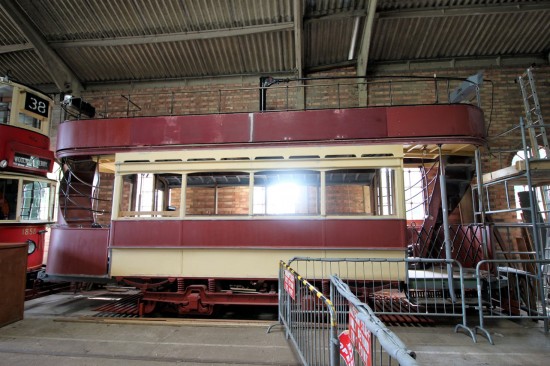 A full side on view of Lowestoft 14 in the depot. 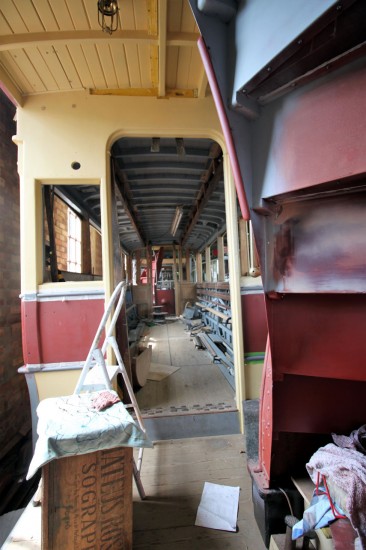 Looking into the lower saloon. 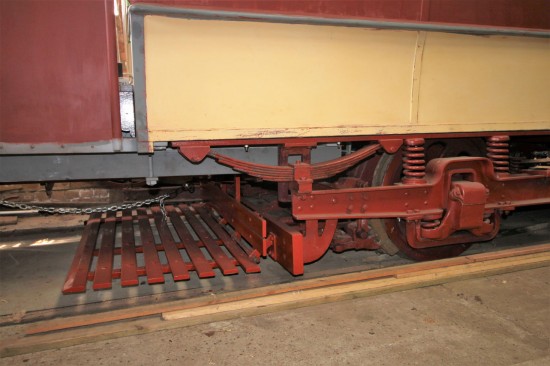 A close-up view of lifeguard and bogie. 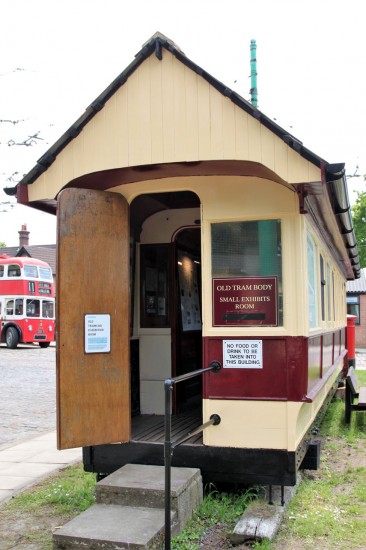 Outside and we see the other Lowestoft tram. 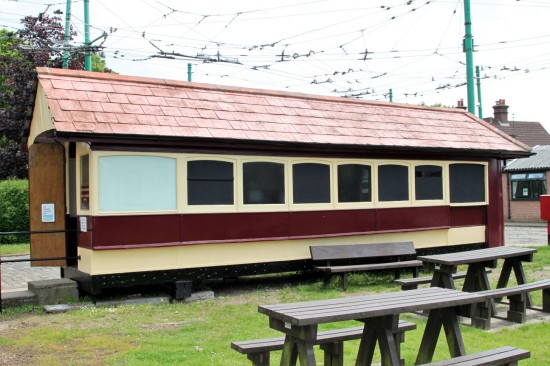 The full view of the tram body. 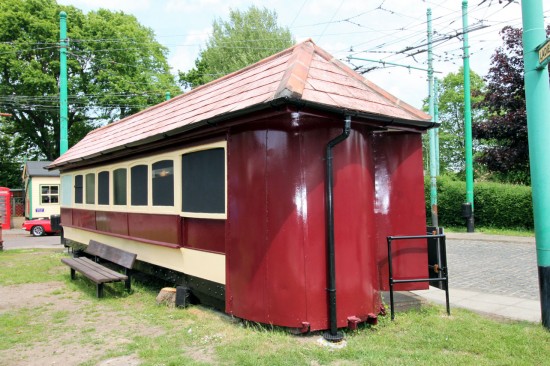 A fresh coat of paint for the tram body as it gleams in the sun. (All Photographs by Bryan Grint)