In Pictures: Blue is the colour as West Midlands Metro new livery unveiled

Some three weeks after Midland Metro became West Midlands Metro the new livery has been unveiled and it would be fair to say its very blue! Battery fitted 31 is the tram which has received the vinyls first off with the tram entering service for the first time in the new look for the evening rush hour on Monday 16th July.

31 had been receiving the vinyls over the past week or so at Wednesbury Depot behind closed doors with those passing the depot able to spy from a distance that it was starting to become bluer as time went by. With this work completed 31 was moved into the depot yard and then with the need for extra trams during the evening peak it was sent out in service on Monday 16th July becoming the first tram to carry the full West Midlands Metro colours.

Of note 31 only ran in service with batteries in the Silver and Magenta livery for around five days – presumably pressed into service due to a chronic shortage of trams at that point with regular lower service frequency than advertised – before it was taken out of service again to have the vinyls applied.

A number of other trams – which retain the Network West Midlands colour scheme – have also recently received West Midlands Metro logos which may suggest it will be some time before the complete fleet is in the new livery. 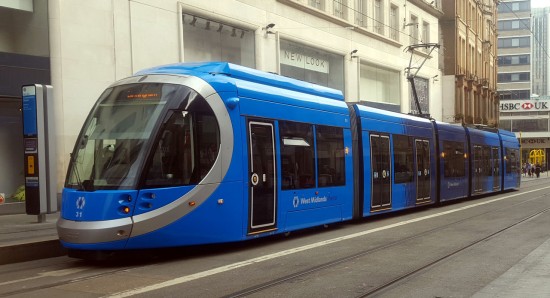 31 is seen at Corporation Street on Monday 16th July showing off its new colours. It certainly makes a different to what it has replaced! (Photograph by Mark Cufflin) 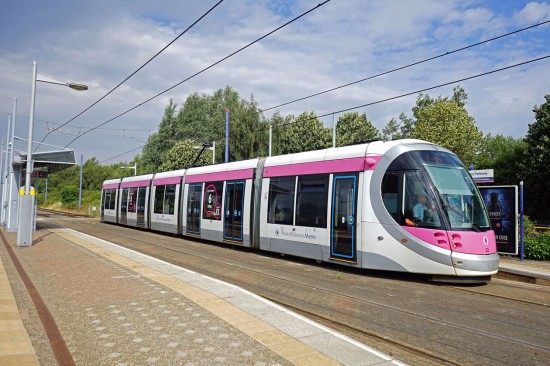 Earlier on in the same day and 22 is seen at Wednesbury Parkway with new West Midlands Metro logos applied to the tram. 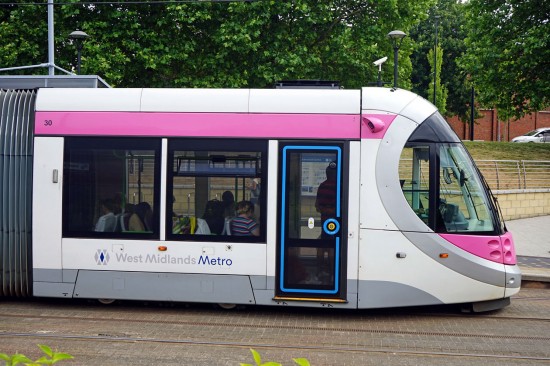 A close up of the logo on the side of the first section of the tram. This is 30. 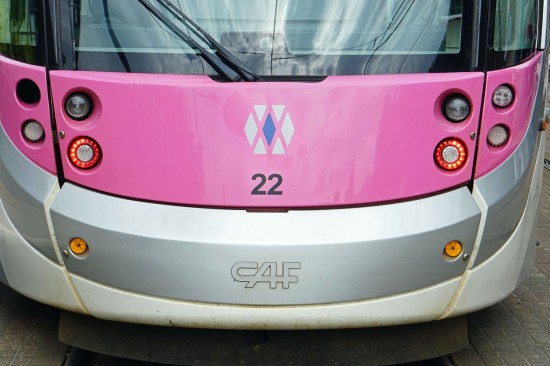 And a close-up of the logo now applied to the front of the trams above the fleet number. 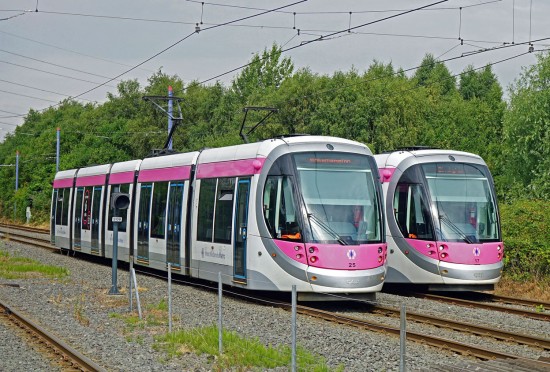 25 and 17 pass at Wednesbury Parkway – both have had the new logos applied. (Photographs x4 by Andy Walters)

1 Response to In Pictures: Blue is the colour as West Midlands Metro new livery unveiled