We had a bit of mystery for today’s Picture in Time as we head to the Manx Electric Railway back in the 1960s for an image of a tram as we weren’t sure what the tram was but we have now had confirmation that it is indeed Tunnel Car 7!

This photo was taken in August 1963 and is a side on view of a tram just poking out of the sheds although the number wasn’t visible. We originally summised it was a Tunnel Car thanks to the profile of the tram but that was where our clues kind of ended! We knew it wasn’t 4 or 8, both of which had been destroyed in the 1930 Laxey shed fire but couldn’t confirm any further than this. But with thanks to the guys at Manx Electric Railway Online we have now received confirmation that it is indeed Tunnel Car 7 due to the livery carried. Also seen in this image is another car is just inside the shed. 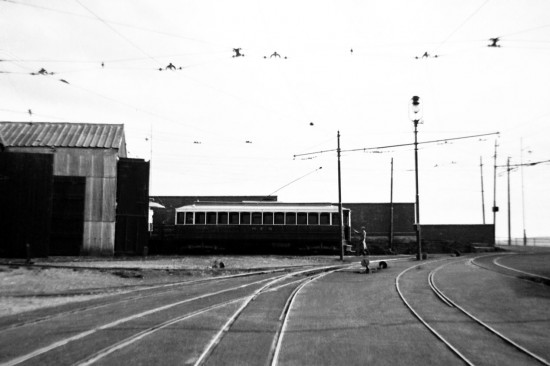