In Pictures: Stockport 5 returns home for a day!

Posted on Wednesday 9 May 2018 by Gareth Prior

Saturday 5th May saw Stockport 5 head back to its home town for display during the Stockport Community Rail Festival. Departing and arriving back at Heaton Park on the same day the move was in the reliable hands of Allely’s with 5 remaining on the low loader throughout the day situated outside Stockport Railway Station.

The hard working volunteers of the Heaton Park Tramway were on hand to assist with the loading of 5 in the morning with the tram heading through Middleton Road Gates around 0600 for the relatively short trip to Stockport where it was one of the star exhibits of the day. Many interested visitors took a look at recent progress on the overhaul of the tram including the Mayoress of Stockport. The tram has been out of service since 2013 since when it has been undergoing extensive work in the Middleton Road workshops of the Heaton Park Tramway. Although this work is now approaching the end of the road 5 isn’t quite ready to return to service just yet but it is hoped that it will carry passengers at the Park again by the end of this year.

The Festival also gave the public the first chance to see some new adverts on the side of the tram with local Stockport firm Stephenson’s – who also advertise on Bolton 66 in Blackpool – now in pride of place. It also gave the first outside viewing of the high quality paintwork completed by Heritage Painting.

With the day over in Stockport Allely’s then transported 5 back to Heaton Park where it was swiftly unloaded with the assistance of both Manchester 765 and Hull 96 to shunt it back into the workshop area of Middleton Road Depot. The day’s activities were not completed there for the volunteers of the Manchester Transport Museum Society though as there were some more movements after that, but that, as they say, is a story for another day!

* Thanks to everyone who has sent photos through of Stockport 5, a selection of which are provided below. We will have more coverage of the move and display of the tram in the next few weeks in a Photo Gallery including other Heaton Park Tramway images. 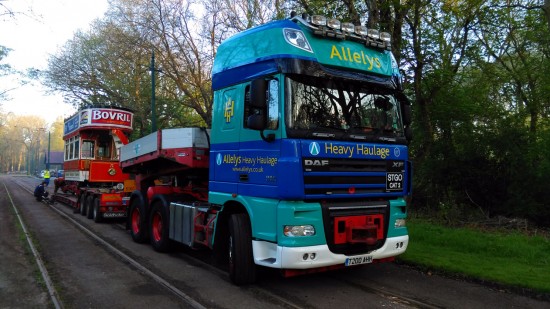 Morning has broken and Stockport 5 is ready for its big adventure! On the back of the lorry and about to depart. 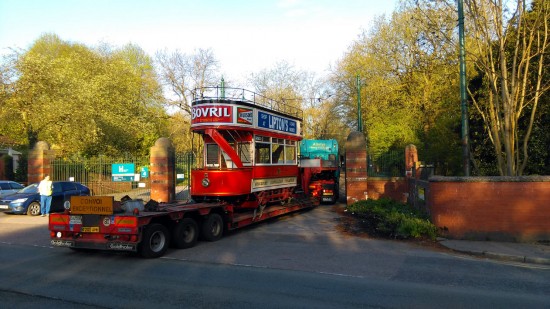 5 is backed out of Heaton Park. 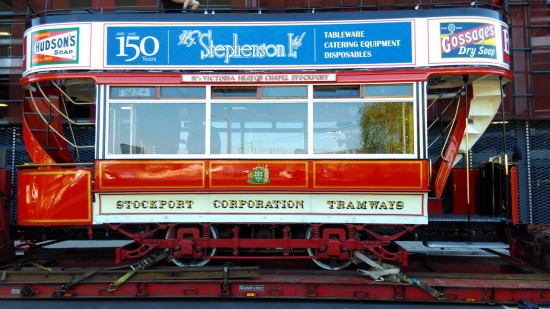 Later on and 5 was in Stockport as seen here on this side on view which shows off the new adverts for Stephenson’s. (Photographs x3 by Martin Bryan) 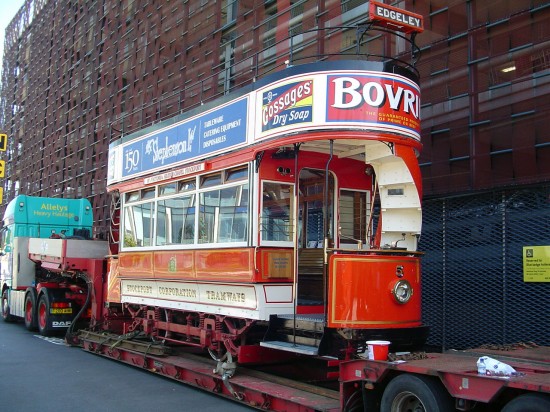 Another view of 5 in Stockport. (Photograph by Dave Elison) 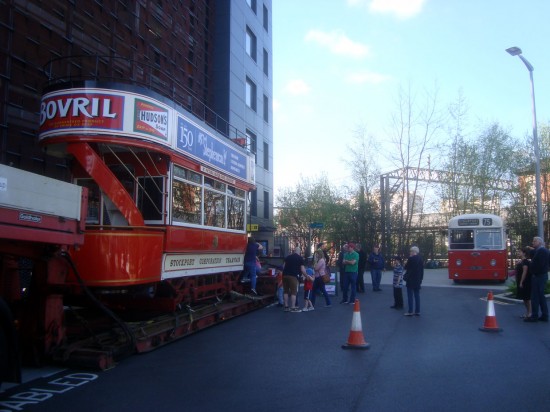 Stockport 5 wasn’t the only visiting vintage vehicle as seen in this view. (Photograph by Stuart Cooke) 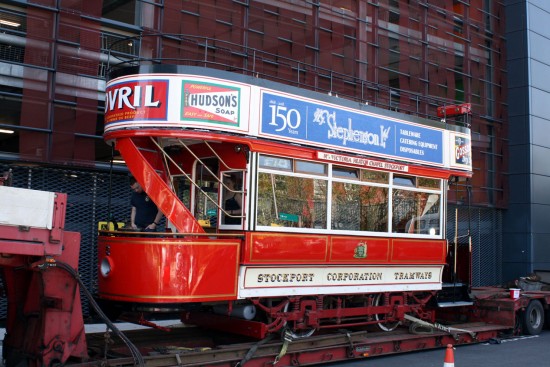 Another look at the tram. (Photograph by Martin Miller) 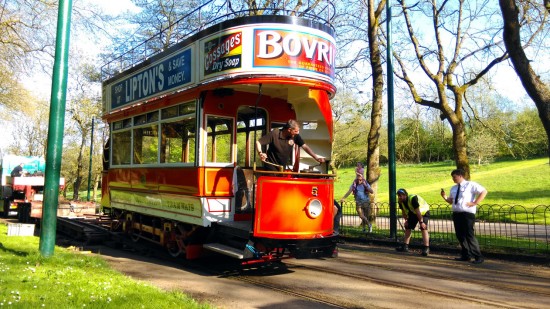 And back to Heaton Park with 5 being pulled off the low loader by Manchester 765 (out of shot). (Photograph by Martin Bryan)