Leeds 180 back in service

Posted on Monday 7 May 2018 by Andrew Waddington

Following a fairly short absence, Leeds 180 is now back in the operational fleet at Crich Tramway Village having received some essential workshop attention over the past winter. With the work now completed and a period of test running proving satisfactory, the tram was used in passenger service for the first time this year on Friday 4th May, when it performed superbly.

Leeds 180 missed the latter part of the 2017 running season due to a problem with its resistance grid which needed to be replaced. Whilst in the works, the opportunity was also taken to rewire the car to modern standards, this being the last tram in the active fleet to be so treated. All of this was completed in under six months, and the sole survivor of the Leeds ‘Horsfield’ class is now ready for another busy year of service at Crich.

With 180 now serviceable once again, attention has switched to Sheffield 510 – another tram which was withdrawn prematurely during 2017. Having received some repairs over winter, 510 was stored in the depot for a while but is now back in the workshop so hopefully it too will soon be back in action! 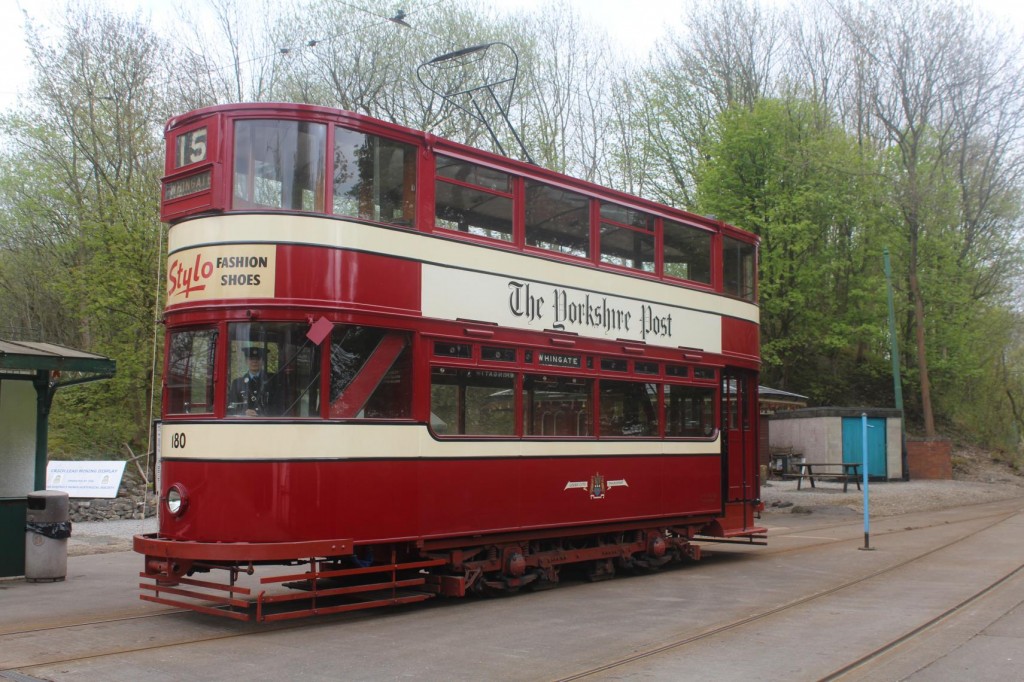 Leeds 180 is seen at Wakebridge on its first day in public service for several months after receiving a replacement resistance grid and a full re-wire over the winter period. (Photo by Peter Whiteley)