Posted on Tuesday 8 May 2018 by Gareth Prior

Midland Metro is the subject of this latest delve into the recent archives of photos with the last built – and last to remain on Midland Metro metals – T69 viewed today.

The tram in this picture is T69 16 which is seen at Wednesbury Parkway on 9th June 2004. 16 was the last T69 to be delivered to Wednesbury Depot with its arrival finally coming on 11th March 1999, some four months after 14 and 15 had been delivered. Remaining in service on the line between Birmingham and Wolverhampton until the very end of T69 operation, 16 was used for the last time on 14th August 2015 and has remained stored at the depot ever since. It had originally been thought that it was to be retained for use as an engineering vehicle but this has not transpired. 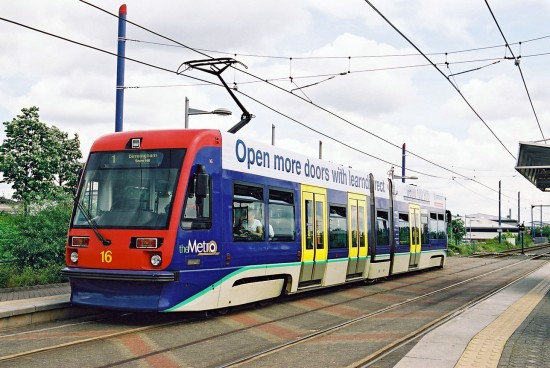