Posted on Saturday 31 March 2018 by Gareth Prior

The second of the once 26 strong class of T68 trams built for the return of trams to Manchester is the feature of this edition of Picture in Time.

This is T68 1002 as it heads into Aytoun Street in Manchester City Centre on 20th July 1992. This tram was built at Firema’s Casaralta works and arrived in Manchester on 16th October 1991 before entering service on fay one of public services, 6th April 1992. It remained in service until 18th November 2013 when it was taken out of use for the last time ready for its date with the scrapman. This was to follow after 19th September 2014, when it left Manchester for Rotherham. 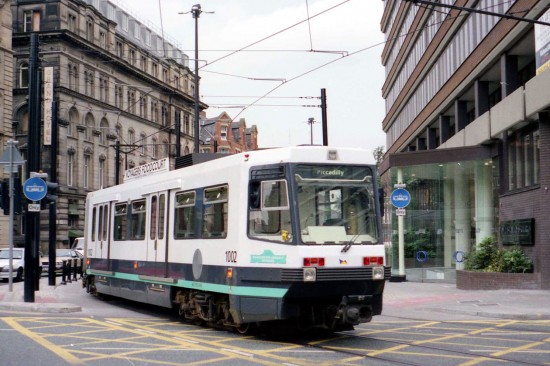