Around the World in Trams: Oranjestad Streetcar, Aruba

Posted on Tuesday 6 March 2018 by Gareth Prior

An usual tramway is featured in this series today as we head to the only tramway in the Caribbean on the Dutch island of Aruba which features hydrogen cell technology.

Known as the Oranjestad Streetcar the line only opened on 22nd December 2012 as part of a larger project to upgrade the main retail areas of the town which is the capital of the island. The line can now call upon four cars – two single deckers and two double deckers – with all being built by TIG/m in California. They are powered by batteries augmented by hydrogen fuel cells.

This photo shows one of the double deckers – without any external identification of a fleet number – running along the line in November 2017. 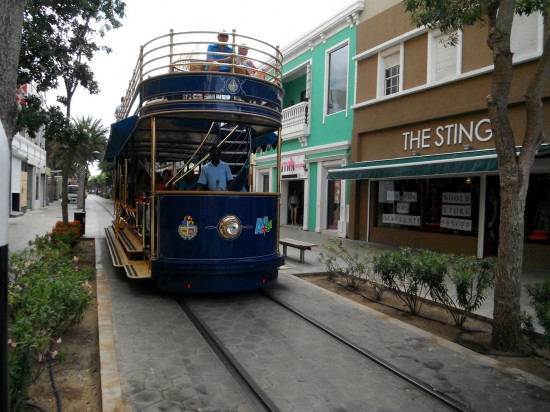