In Pictures: New destination on Supertram

Posted on Thursday 22 February 2018 by Gareth Prior

Following the introduction of the new timetable on Stagecoach Supertram on 28th January a number of trams now return to depot during the day as the frequency drops to every 12 minutes. Those trams which return to depot now show Cricket Inn Road as their destination and remain in service until this stop before heading into the depot. Stuart Cooke with the photos.

In other news from Supertram 113 has been out of service since the middle of November (not helping with the tram shortages being experienced and exacerbated by the withdrawal of the Citylink trams). It is currently situated outside the main depot buildings and has had its bumpers at each end removed. It has been outside for much of 2018 and it would appear that a return to service isn’t on the cards any time soon. 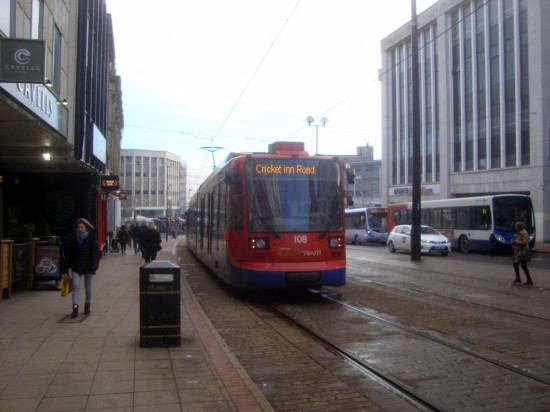 108 heads towards Castle Square with a service for Cricket Inn Road on 12th February. 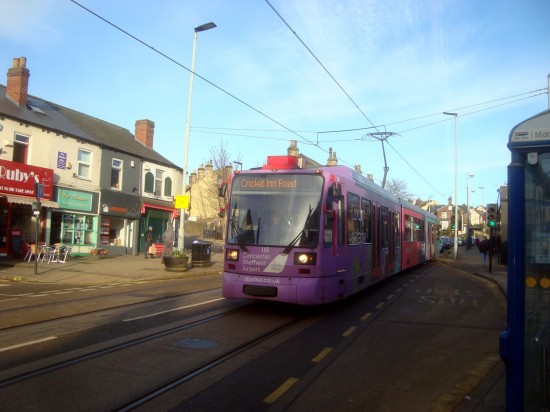 And in this view close to Middlewood 116 shows off the Cricket Inn Road destination. Of note also is that no route colour is given. 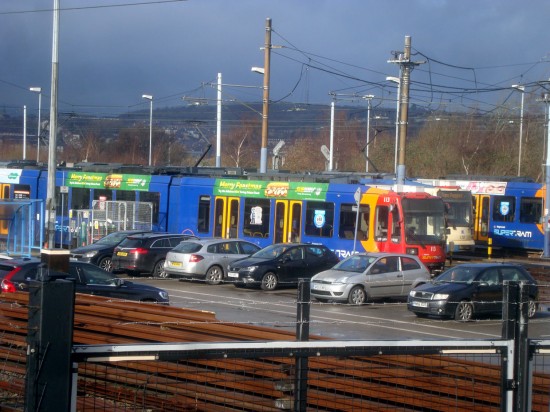 113 seen at the depot on 17th February showing its missing bumpers. Also note the destination screen on 120 which says “Tram Prepped”. (All Photographs by Stuart Cooke)