Posted on Monday 22 January 2018 by Gareth Prior

Last year Aberdeen Horse Tram 1 spent four months on display at the old Constitution Street tram depot in Aberdeen, now the Aberdeen Science Centre, on a temporary loan as part of the Silver Stories events – a rare chance to see a tram in its former home. At the time we saw the tram as it was transported from its usual home at the Grampian Transport Museum to the Science Centre but now with thanks to William Brown we can show the tram during its brief display. 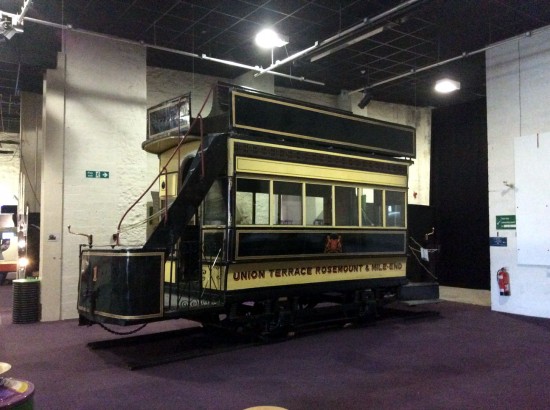 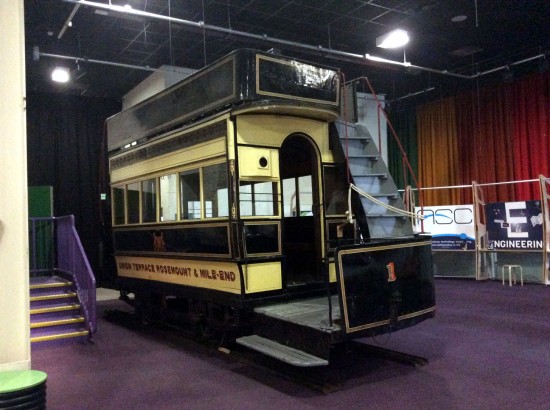 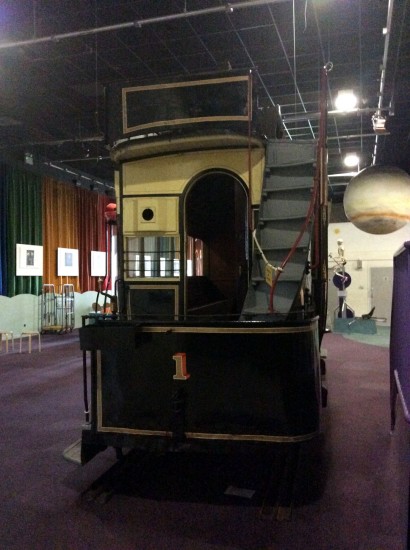 Three images showing no. 1 on display at the Aberdeen Science Centre. The tram was well displayed with plenty of space around allowing some good and clear shots which showed off the high quality restoration to good effect. (All Photographs by William Brown, 27th June 2017)