Posted on Friday 29 December 2017 by Gareth Prior

Another tram which has been loaned to two different tramways is Birkenhead 20 which has left its home town for both Beamish and Blackpool.

Both of 20’s loan periods have been within the past 5 years with the first taking place in 2012 when it became the then annual visitor to Beamish for their Great North Steam Fair which takes place each April. Arriving at the museum on 30th March 2012 no time was wasted with the tram carrying its first passengers on 2nd April ahead of its extensive use during that month’s Great North Steam Fair. It was then used for the last time on 21st April before heading back to Birkenhead on 25th April 2012.

Five years later and 20 was on the road again – with sponsorship from British Trams Online, although so far it hasn’t been as successful a loan as its trip to Beamish. Arriving in Blackpool on 27th July 2017 the idea was that 20 would add a much needed extra open topper for the summer heritage service with only one Boat Car available throughout the year. Unfortunately after the test runs found some teething problems it remained confined to the depot throughout the year but the hope is that going forward into 2018 this too will be a successful loan. 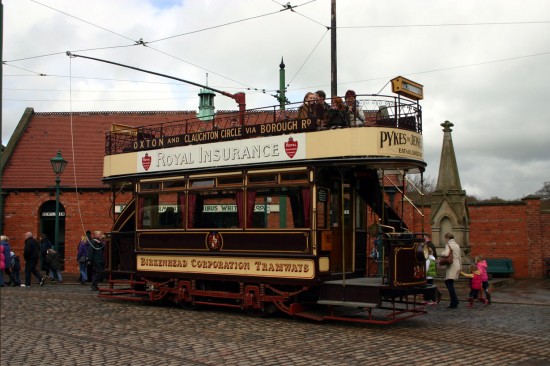 Birkenhead 20 stands in the traditional Beamish town location for a photo on 12th April 2012. 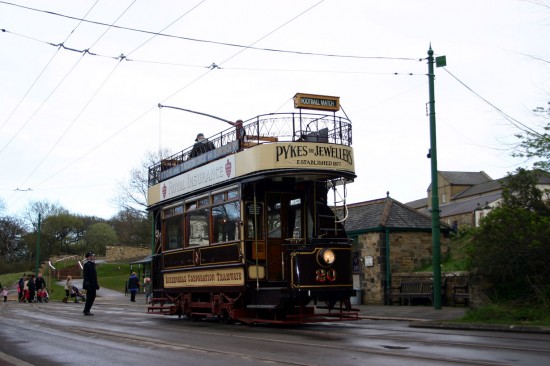 Passengers alight from 20 at the main museum entrance. (Both Photographs by Gareth Prior)