Posted on Friday 22 December 2017 by Gareth Prior

On Sunday 21st November 2010 the Heaton Park Tramway held their most ambitious event as they celebrated Blackpool’s trams and transport.

We have already seen in our Tram Loans series that the one day event saw two trams visit on loan – Marton Box 31 (which was to stay throughout the winter) and Open Top Balloon 706 (just for the weekend). Both of these trams played a major part in the day being used extensively in service and they were joined by the other Blackpool passenger car at the Park at this time – Replica Vanguard 619. As well as this three tram passenger service Railgrinder 752 was in action, including the addition of illuminations from Bolton 66 to add to the spectacle.

As well as a passenger tram service there was a four tram Blackpool tram cavalcade part way through the day led by 752 which was followed by 619, 31 and 706. The chance was also given for the public to drive 619 in the afternoon. It wasn’t all about the trams though as there were six visiting buses which ran services both around the Park and on a shuttle service to the Greater Manchester Museum of Transport at Boyle Street.

It may have been late November and the star attractions may have been open toppers better suited to the summer but that didn’t manage to dampen any spirits for an excellent event. 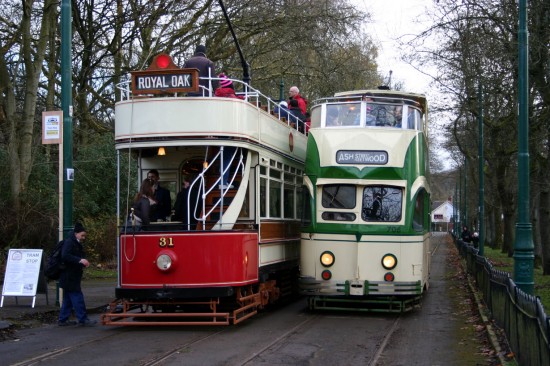 The stars of the day Marton Box 31 and Open Top Balloon 706 pass at Middleton Road Depot. 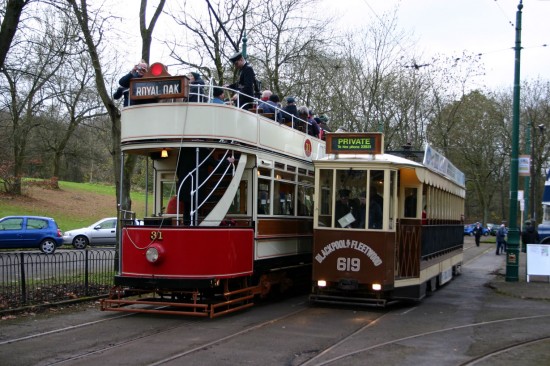 31 is seen alongside Replica Vanguard 619. 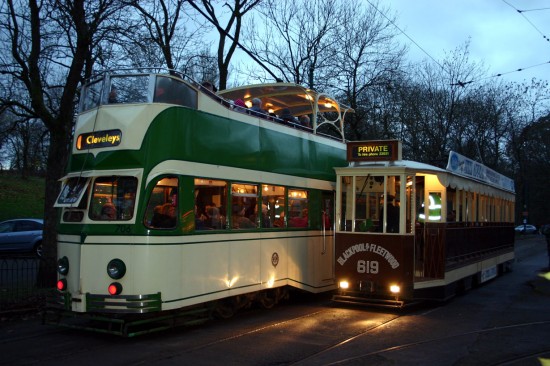 As darkness falls 706 and 619 pass at Middleton Road Depot. 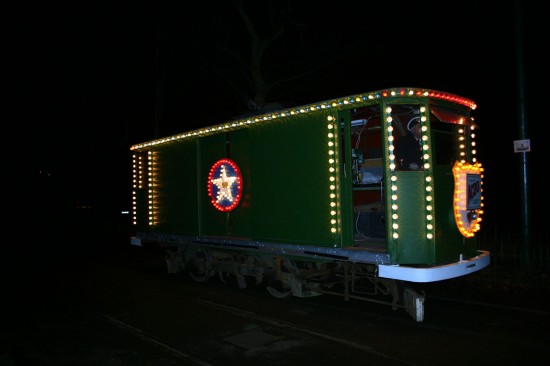 Railgrinder 752 with its illuminations ablaze. (All Photographs by Gareth Prior)

This entry was posted in 15 Events, British Trams Online at 15, Heaton Park Tramway. Bookmark the permalink.