As we have reported on these pages previously the preparatory works for the extension of the Blackpool Tramway up Talbot Road to North Station commenced during November. This first stage of the works will see utilities moved out the way from the alignment of the tramway as well as some infrastructure changes to allow the tracks to be laid, presumably during 2017. Glyn Hill has been in town to see current progress on the works. 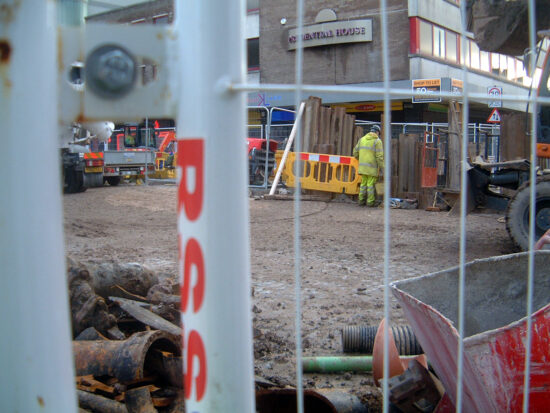 Man peers down hole! Major works are in progress along Talbot Road, this view is at the junction adjacent to Wilkinsons, a site which will eventually house the terminus. 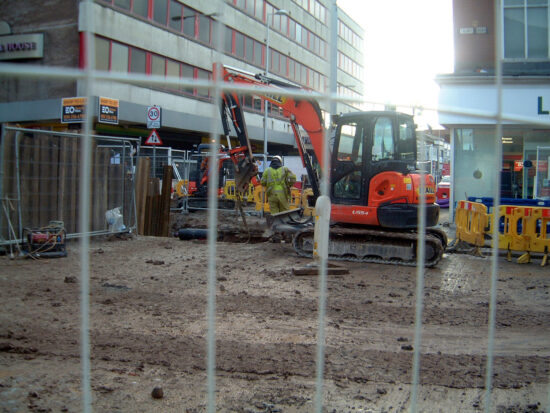 Peering through the fence again with deep excavations in evidence. 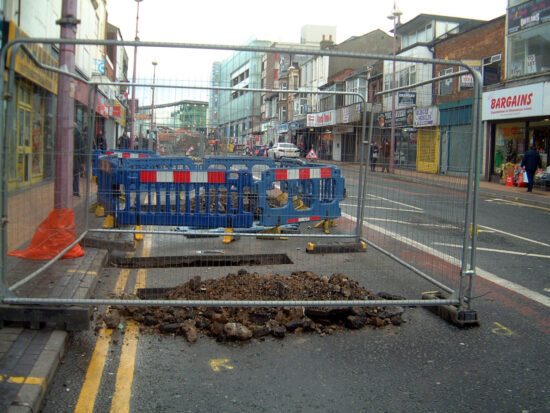 Further along Talbot Road and there are still works in progress although not quite as major as those previously seen. 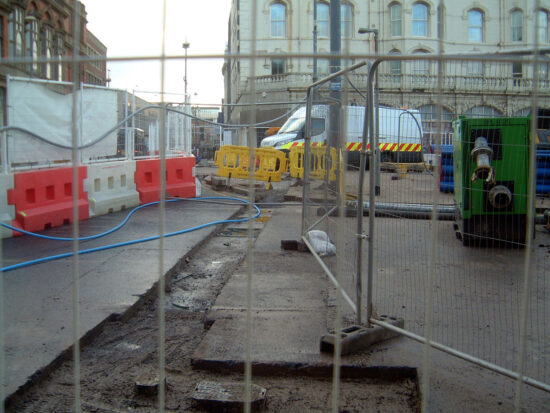 Down at Talbot Square. 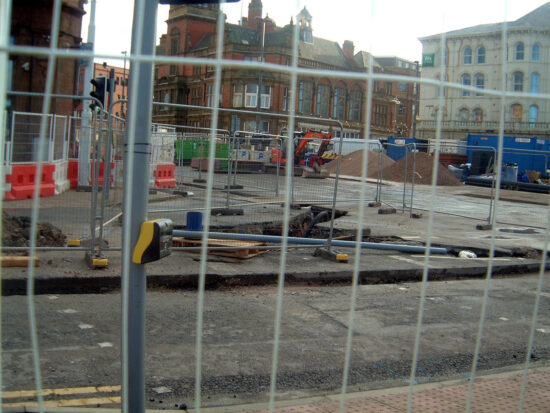 Another view of Talbot Square taken from the Prom. With the amount of work being undertaken here its easy to see why there is much traffic disruption in the town centre. 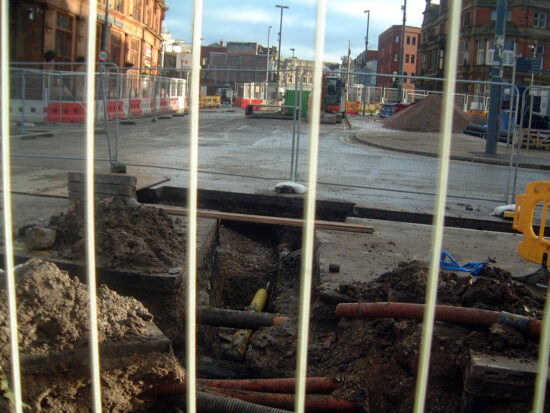 One final look at Talbot Square. (All Photographs by Glyn Hill)