Another tram which has enjoyed loan periods at two separate tramways over the past 15 years is Manchester 765, a tram which usually resides in its home city at the Heaton Park Tramway but has also been seen in Blackpool and at Beamish.

Manchester 765 is no stranger to Blackpool having previously spent a period there between 1985 and 1988 as part of the Centenary celebrations. With this in mind it was always going to a be a popular choice for the 125th Anniversary celebrations and it arrived on the coast on 15th June 2010 ready for what was hoped would be a busy spell of operation. It didn’t actually make it onto the Prom until 5th August when it was out on test and its first use with passengers was on 12th September. It was then used on a couple of occasions during the actual 125 events including a day on specials. Remaining at Rigby Road until 11th April 2011 instead of returning straight home to Heaton Park, 765 went on loan to Beamish.

It was to be only a month long visit to Beamish but 765 was used a lot more extensively than it had been in Blackpool for a longer period with it being one of the star exhibits during the Great North Steam Fair. During its stay it met up with fellow Heaton Park resident Leeds 6 which was a long termer at Beamish at this time. At the start of May 765 returned to Heaton Park where it remains today. 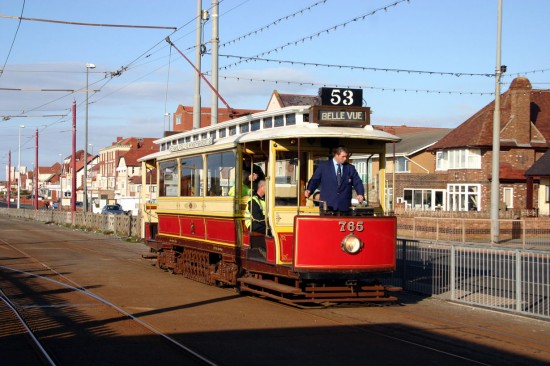 On 26th September 2010 and 765 moves forward to the stop at Bispham when working on specials, its only use on normal public service during its Blackpool visit. 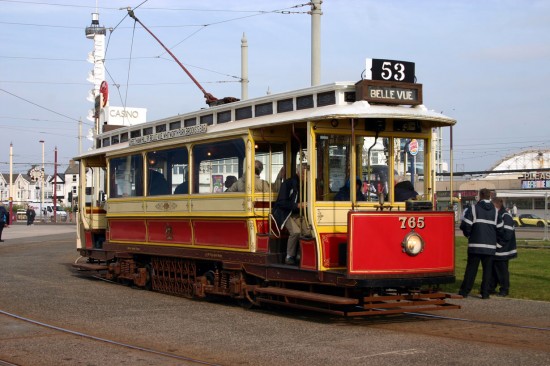 Two days later and a tour saw 765 out again. It is seen here on Pleasure Beach loop. 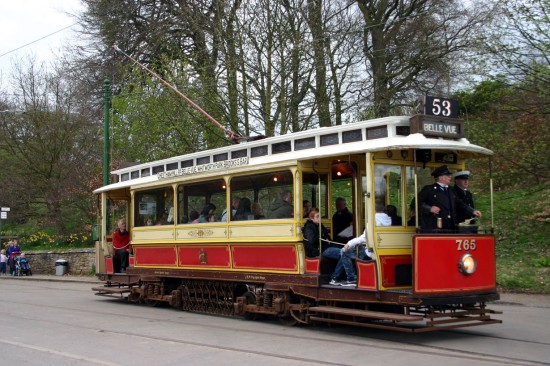 Fast forwarding to 14th April 2011 and 765 was at Beamish. The tram is running round the museum circuit when it was seen at Foulbridge. 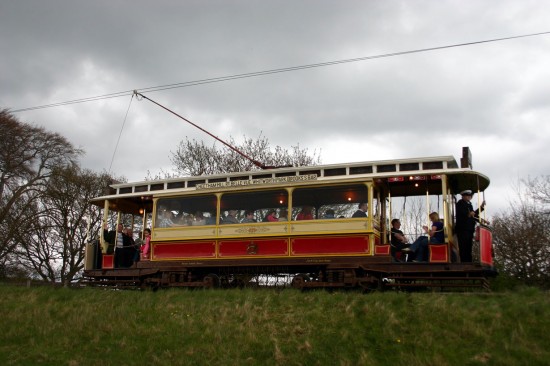 Later on the same day and we see another view of 765 as it runs at Beamish. (All Photographs by Gareth Prior)