A lot of this series has been of trams from Crich heading off to other locations on loan but there hasn’t been a huge amount of traffic in the opposite direction, indeed the only trams to visit Crich did so for one specific event – Electric 50. We have already featured Blackpool Balloon 711 but another tram to visit was Newcastle 114 from Beamish.

As an electric uncanopied open top car mounted on a four wheel truck the loan of Newcastle 114 enabled Crich to fill a gap in their collection as they didn’t have any working example of this type. In being loaned to Crich 114 duly become the first ever (and to date still only) tram to visit from another heritage tramway (all other visitors have come from Blackpool). The loan was only on a short term basis with 114 arriving in Derbyshire on Friday 8th September 2014 and carried passengers on Friday 12th, Saturday 13th and Sunday 14th September 2014 during the Electric 50 celebrations and then on two further occasions on Monday 15th and Tuesday 16th September. The chance was also taken to display it alongside fellow Newcastle tram, 102. It then left Crich on Friday 19th September 2014. It was only short and sweet but it was a successful loan spell but despite this there hasn’t been another loan tram at Crich since. 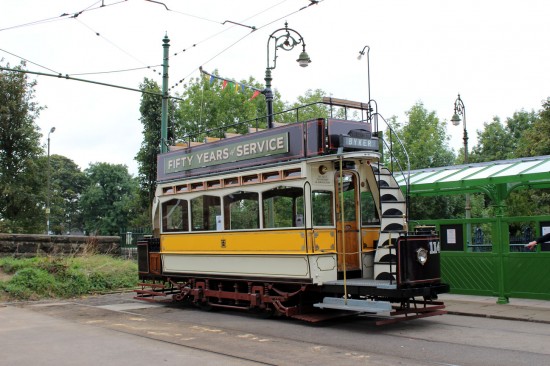 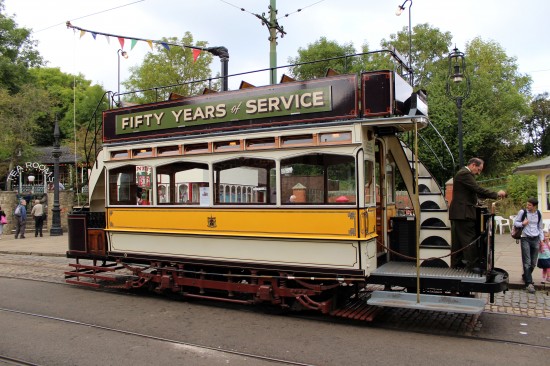 In this view we see 114 at Stephenson Place. 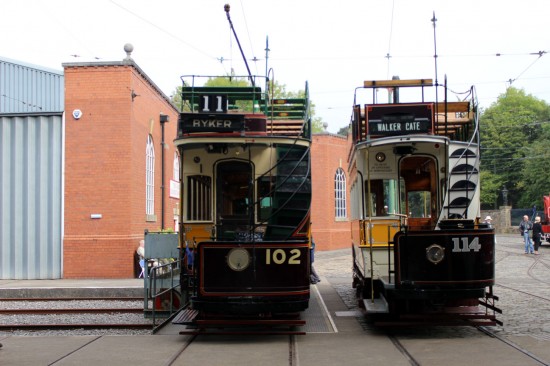 As mentioned in the text the chance was also taken to display 114 along with Crich resident and fellow Newcastle 102; the first time in many years two Newcastle trams were seen side by side. (All Photographs by Gareth Prior)