Posted on Wednesday 13 December 2017 by Gareth Prior

Another tram not originally intended to travel to Blackpool for the 125th anniversary was Blackpool & Fleetwood Rack 2 but following the problems with transporting double deckers from Crich it was offered as a substitute and thus made its way home for the first time since 1998.

As with its 1998 loan 2 was only available for use on a limited basis and arrived in Blackpool on 2nd September 2010. After commissioning it was first used during a tour on 11th September but after this its problems started and made it a serious cause for concern as being able to take part in the anniversary events. On 22nd September it was out for a training run when it failed but after repairs at Rigby Road it was declared fit to run on a tour on 25th September but failed again. It did manage to see use successfully on a couple of other occasions including the anniversary parade and eventually returned to Crich on 4th October 2010. 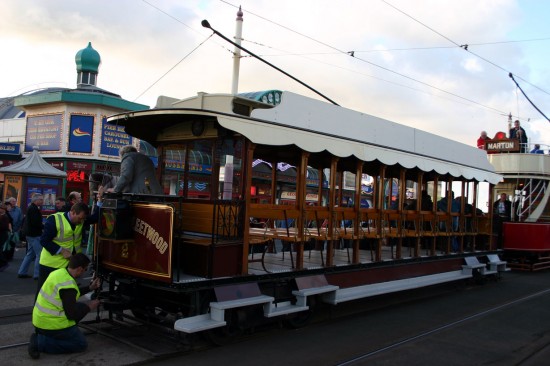 On 25th September 2010 and 2 has failed on an enthusaists tour (with Marton 31 seen in front) as the trolley is tied down on the old centre track at North Pier. 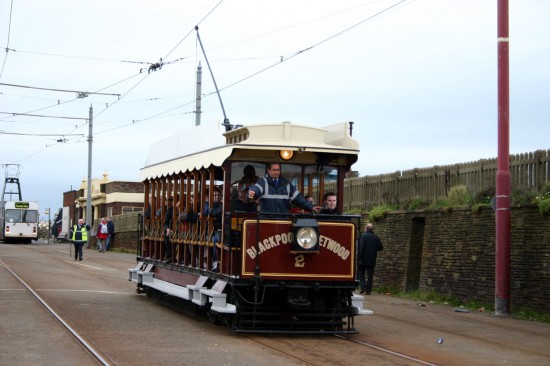 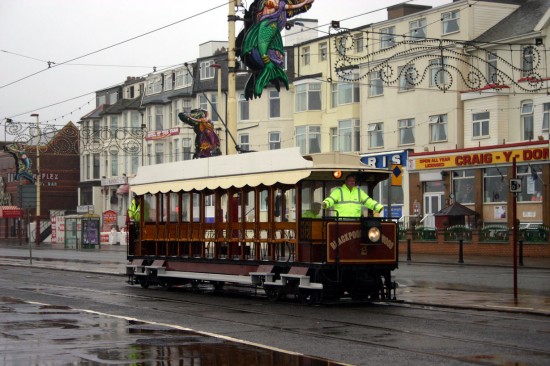 Anniversary day itself, 29th September, as 2 makes its way to Pleasure Beach for the cavalcade. (All Photographs by Gareth Prior)