Posted on Wednesday 6 December 2017 by Gareth Prior

The next entry into our special series of events which have taken place over the past 15 years is another once which has happened fairly recently – the 140th Anniversary of the Douglas Bay Horse Tramway.

In 2016 the Douglas Bay Horse Tramway reached its 140th anniversary but at the start of the year it looked as if this may never happen with the tramway being closed and seemingly never to run again. However, a white knight in the form of Isle of Man Transport came along and after a few months of will it, won’t it the Douglas Bay Horse Tramway resumed operations, in plenty of time to celebrate its 140th anniversary in August 2016.

The majority of special events for the anniversary were centred on Sunday 7th August (although the previous day had seen a special evening service until 2100). The anniversary day started with double decker 18 being used on the first services on the day, running two round trips it was hauled by two horses on both occasions (William and Douglas doing the honours). As the day continued several trams were displayed outside Strathallan Depot before a Cavalcade using nine trams ran in the afternoon. 18 led the way on the Cavalcade followed by 1, 12, 44, 36, 38, 45, 42 and 43. 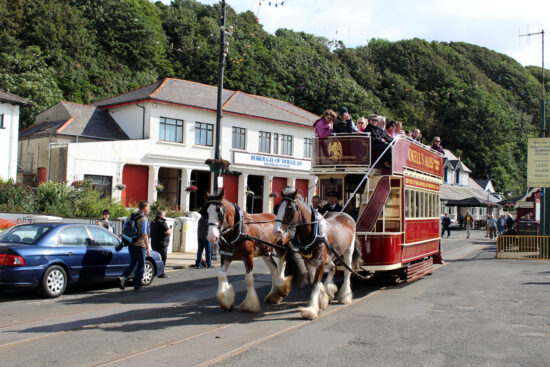 William and Douglas bring 18 away from Derby Castle. 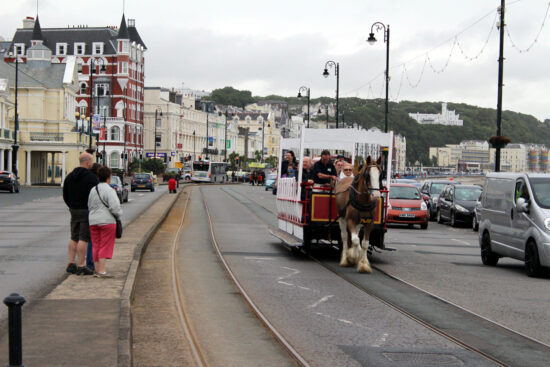 A surprise for the Cavalcade was the use of 38, not seen in service for several years. Philip hauls the tram on the outbound Cavalcade. 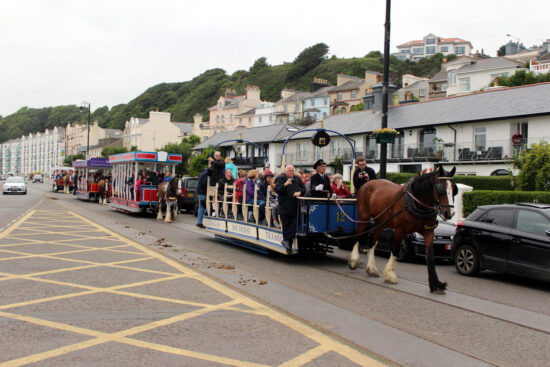