Posted on Wednesday 6 December 2017 by Gareth Prior

It is a tram which is currently on static display in Bury but head back a few years and it made not one, but two visits to Beamish – it is Manchester Eades Reversible Horse Tram L53.

Restored to service in 2008 and being used for the first time in preservation at the Heaton Park Tramway, L53 made the trip from Manchester to Beamish on two occasions, in 2009 and 2010. The first visit was in May 2009 with the tram departing from Heaton Park on 26th May ahead of its starring role at the very first Power from the Past event. Running in the town throughout the four days this was the first tram loan at Beamish and also seemed to start the practice of short-term tram loans for specific events across the UK.

The loan was obviously a success as in 2010 L53 once again made the trip across the country – where once again it was used in service along the town street. This time it was a September visit for the tram. After this event it returned to Greater Manchester and is now on display at Bury Transport Museum. 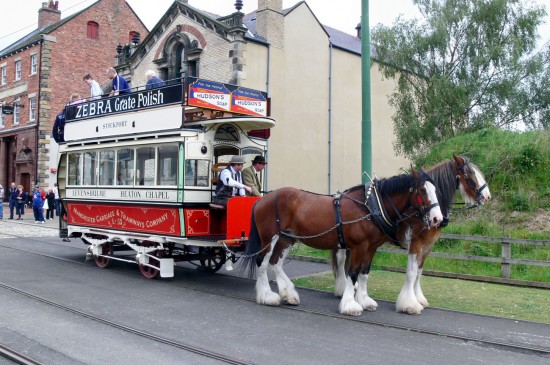 On its first visit to Beamish in May 2009 passengers disembark from L53 whilst the two horses wait. 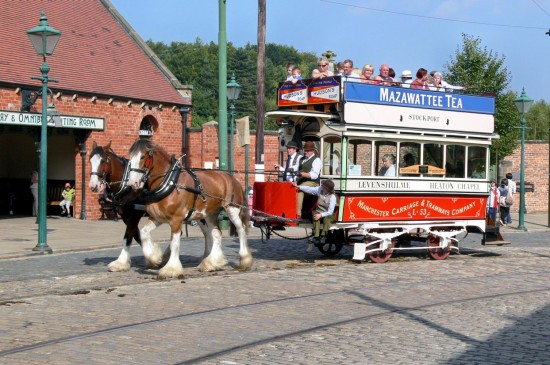 September 2010 and L53 was back at Beamish as it sets off along the town street. (Both Photographs by Tony Waddington)