Continuing with the Glasgow theme of last week’s Picture in Time today we feature a tram from that system which has remained north of the border – Glasgow 1017.

Originally constructed for Paisley Corporation Tramways in 1904 as no. 17, the tram was an open top double decker for the start of its life and ran in this guise throughout its life with the Paisley undertaking. With Glasgow Corporation taking control of Paisley tram service from 1923 the tram was renumbered 1017 and did originally continue as a double decker in the Glasgow fleet. Then in 1925 it was cut down into a single decker and ran in passenger service like this before it was withdrawn and converted into a training car. It remained in use until 1960 when final withdrawal came with the car being sold on for further use. It was found in a garden in Cambuslang and was rescued for preservation ending up at Summerlee in 1991 where a full restoration took place. 2017 marks the 25th anniversary of its re-entry into service.

This first image shows 1017 shortly after arrival at Summerlee before restoration had begun. 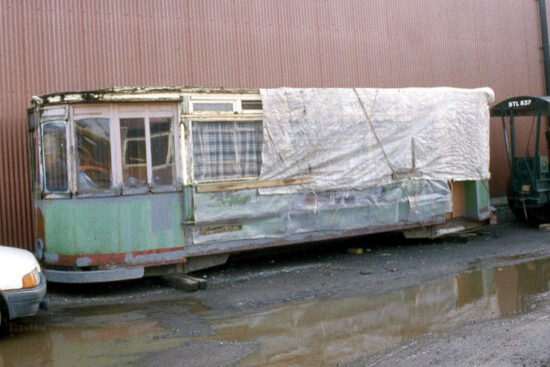 A view of 1017 during restoration inside the tram depot. Just visible alongside is Dusseldorf 392 in a more standard livery than that carried today. 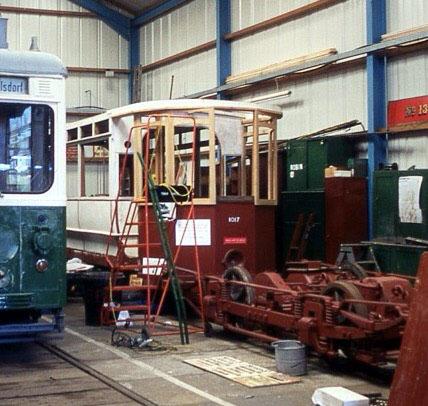 Restoration continues on 1017 with the familiar Glasgow livery taking shape. 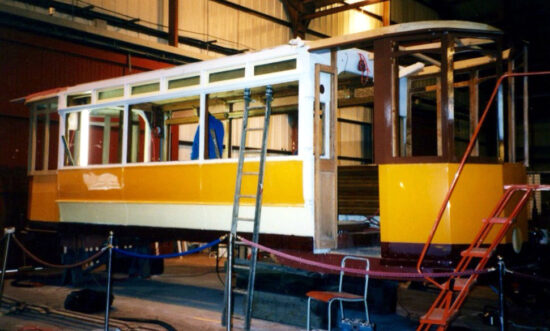 The finished product is seen at the main entrance. 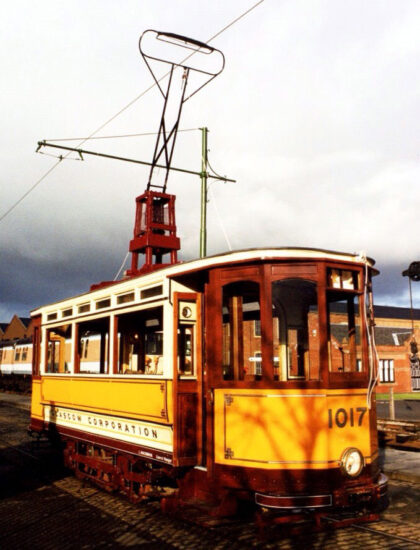