Two further trams can now be seen in C R Smith vinyls on Edinburgh Trams with both 255 and 269 in service with their new look. For 269 the vinyls include an image of an Edinburgh Tram although whether it is 269 is unclear!

255’s theme is from Leith tae Alloway but rather than having images from both locations it seems that both are actually in Leith. The Corn Exchange is featured on the left of the image with a statue of Robert Burns also featured – both these structures are close to each other at the junction of Bernard Street/Constitution Street. The connection with Alloway is that is where Burns was born.

Onto 269 and this has a decidedly transport theme with an image of the Flying Scotsman steam locomotive alongside a modern Edinburgh Tram. The way the images are shown makes it look as it both the steam loco and tram are running along Princes Street! This is from Inverness to Edinburgh. 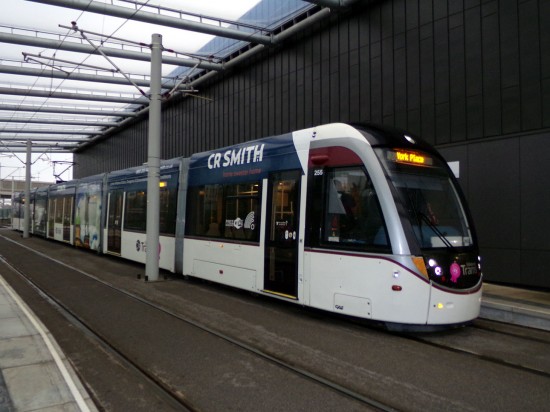 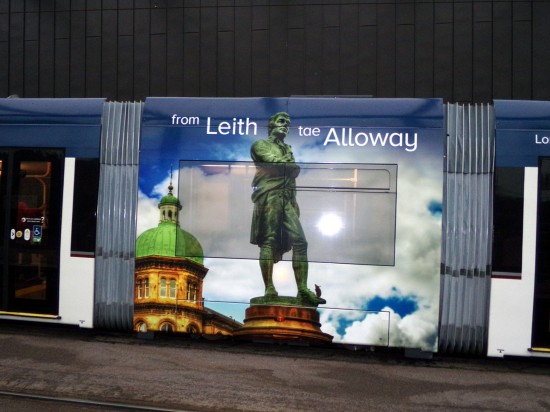 An up close image of the centre vinyls. 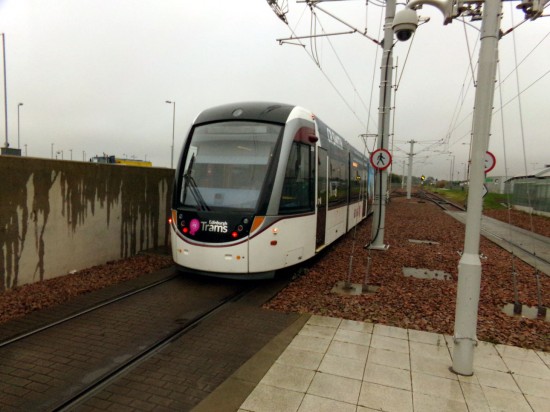 269 departs from the Airport in its new livery. 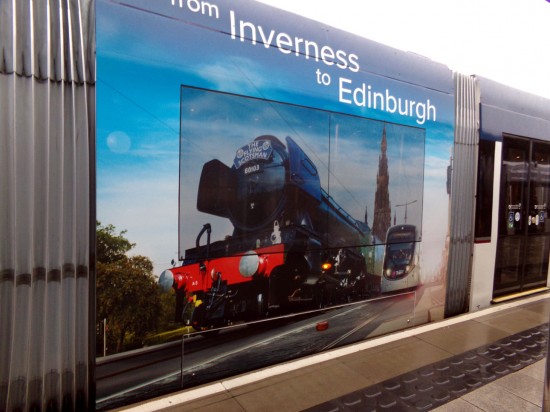 Flying Scotsman runs wrong line along Princes Street overtaking a tram in the process! (All Photographs by Alasdair McFarlane)