Posted on Friday 18 August 2017 by Gareth Prior

We are now two months into the Midland Metro closure between Priestfield and Wolverhampton St George’s to allow for major track replacement work along Bilston Road and recent weeks have seen more progress made with one section now completed. However it appears that there may have been a delay in some of the work as a planned road closure for this weekend has now been delayed until September. Andy Walters is on hand with these latest photos. 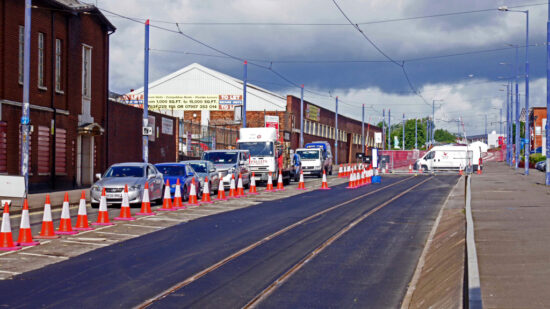 Track installed and the full road surface is now in place on this small section of the tramway.

In this shot we see an earlier stage of the track relay as the track is awaited to be put down on the clips.

Work is also continuing towards The Royal with track being aligned on the northbound line. 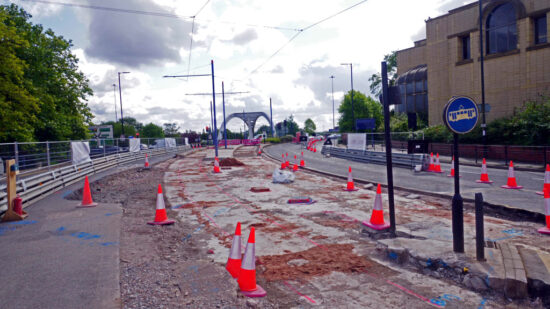 Meanwhile the other side of the bridge and attention is also being turned towards installing the points for the Wolverhampton Railway Station extension.

Immediately beyond Priestfield and work is also underway on the track relay with temporary traffic lights in place for road traffic. (All Photographs by Andy Walters)