In Pictures: Birkenhead 20 arrives at Blackpool!

Birkenhead 20 made the journey by road from Birkenhead to Blackpool on Thursday 27th July, marking the start of its British Trams Online sponsored loan. The tram will be spending 12 months by the seaside and will receive attention to its wheels and tyres during this time, as well as operating as a special guest on the tramway’s heritage tours.

20 was collected from its home tramway by Scott’s Heavy Haulage during the morning, having been prepared for its journey since its last appearance in service on 15th July. After an unremarkable journey, the open-top tram arrived in Blackpool for the first time ever during the afternoon and touched down on the rails at about 1420. Once unloaded, it was pushed straight into the Electrical Compound to have its trolley mast and pole re-fitted, these having been detached to minimise the risk of damage in transit. There it will also be fitted with a spare set of transponders, salvaged from Marton 31 – the last open topper to visit Blackpool! Once it has been serviced and commissioned, it is intended to put 20 to work as soon as possible in order to capitalise on its presence now that the summer school holidays are in full swing. It is expected that it will be used extensively on the two-car blue promenade service which runs daily for the next few weeks, ahead of its planned workshop attention over the winter.

For our part, we are delighted to have played a small role in helping to bring Birkenhead 20 to the Fylde coast to add to the interest there, and we look forward to seeing it carrying lots of happy people on the promenade soon! Naturally there will be plenty of photos of this tram to come, and we will keep readers updated on progress to get 20 up and running. 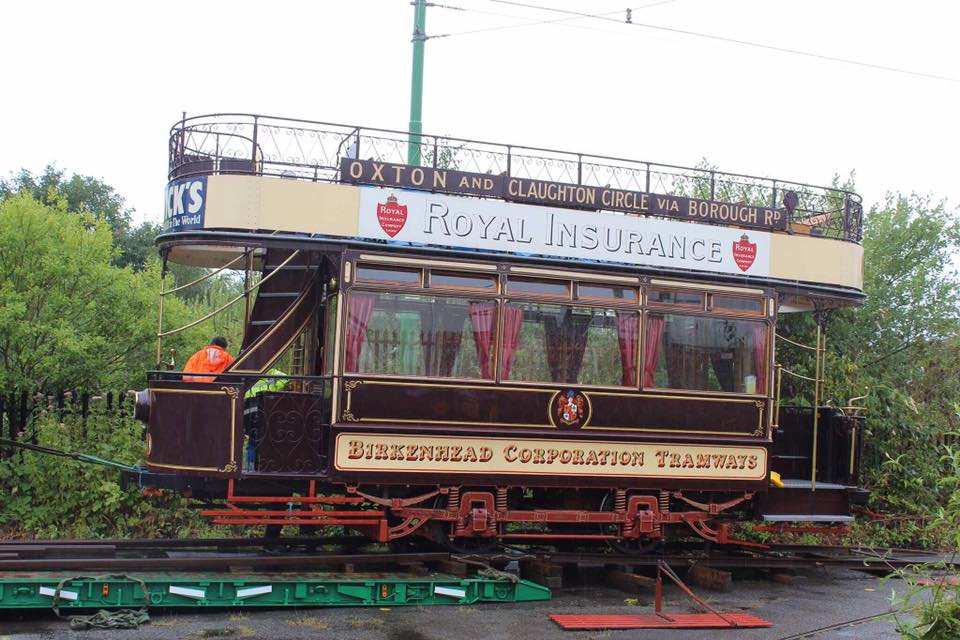 Birkenhead 20 is seen being loaded up onto the Scott's lorry at a very soggy Pacific Road on the morning of 27th July. 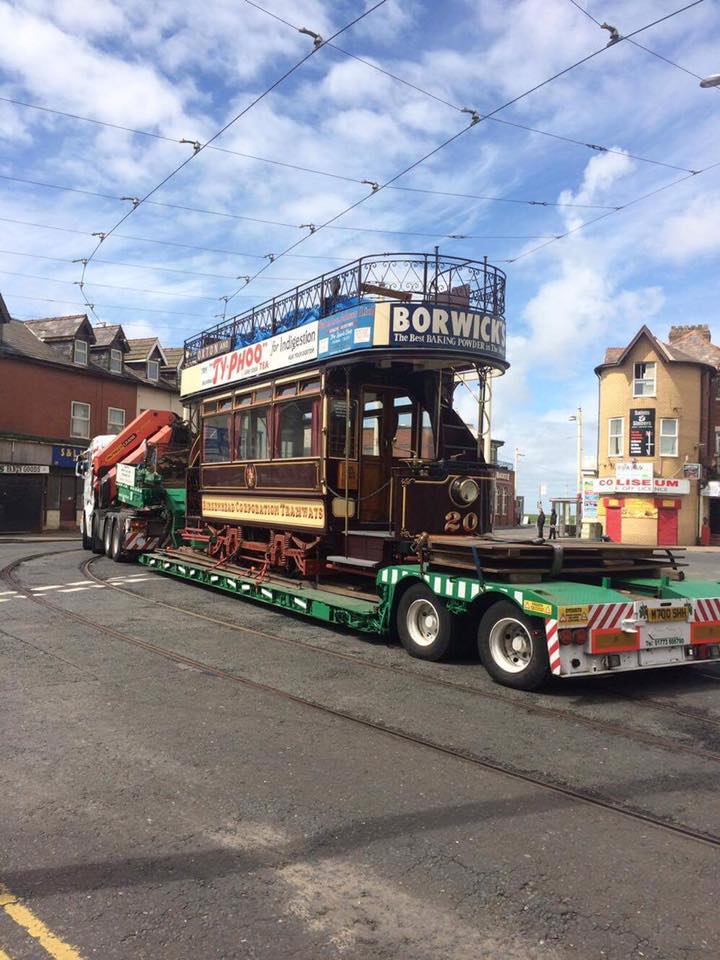 The historic scene with 20 turning onto Hopton Road for the very first time, albeit on the back of a low loader. Welcome to your temporary new home! (Photos courtesy of the Merseyside Tramway Preservation Society) 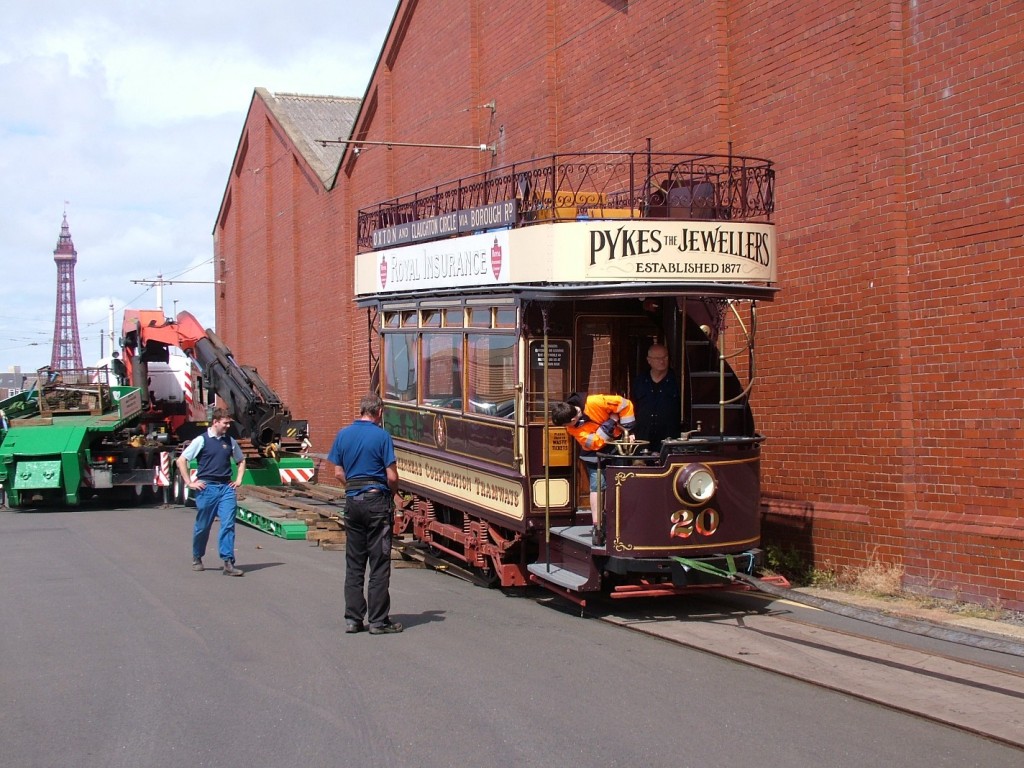 The moment of truth as for the first time ever, a Birkenhead tramcar makes contact with Blackpool tracks as 20 is carefully unloaded onto Blundell Street. 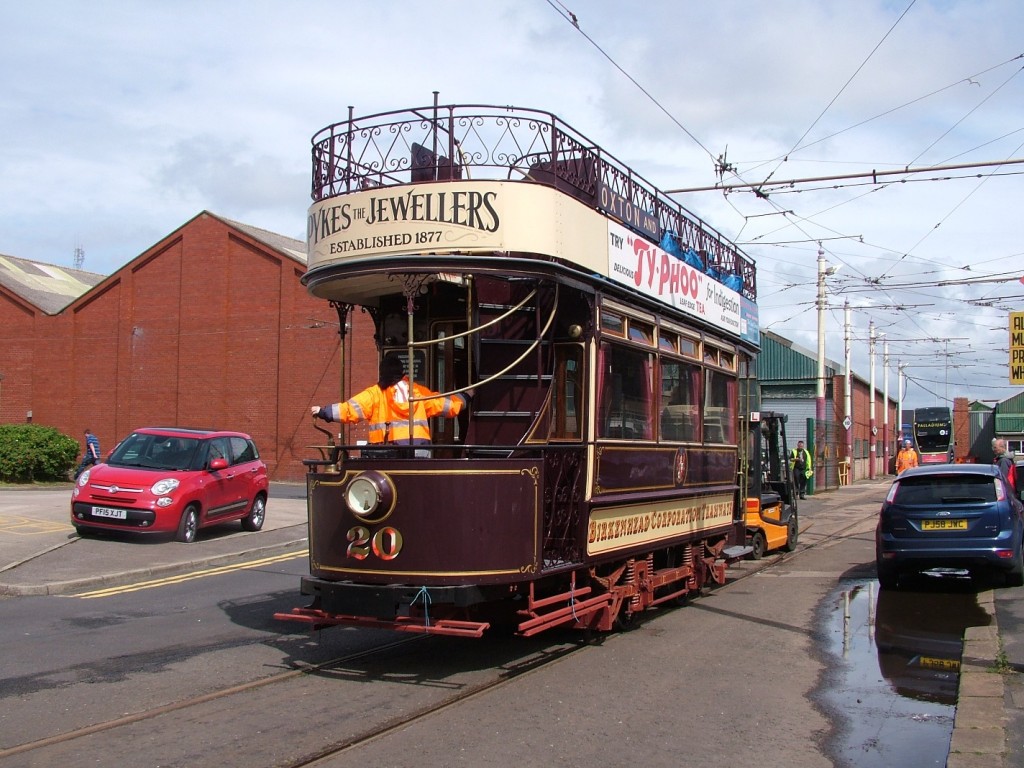 How good is this going to look on the promenade!? Birkenhead 20 poses on Hopton Road before being shunted inside for commissioning work to begin. (Photos by James Millington/Blackpool Heritage Tram Tours)

7 Responses to In Pictures: Birkenhead 20 arrives at Blackpool!