In Pictures: NET 210’s livery of many colours

It looks as though another new advertising livery is on the way in Nottingham – either that or NET are trialling a new dazzle livery! – with Incentro 210 currently running in a multi coloured vinyl wrap livery. It doesn’t currently carry any signwriting but does feature contravision on the windows and there appear to be no clues as to who are trying to advertise on the tram. This is the first time that 210 has run in non-fleet livery. 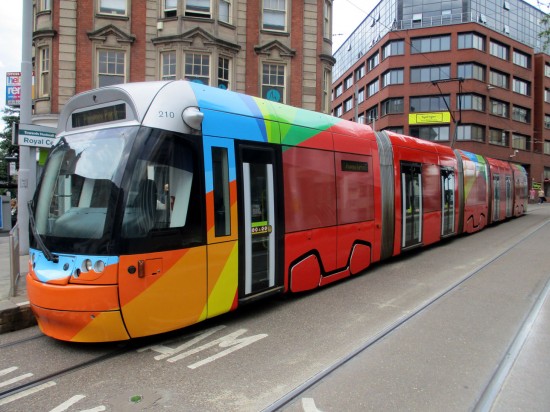 Carrying a mainly red livery with splashes of blues, greens and oranges 210 is certainly a colourful tram now. It is seen here at Royal Centre on 13th July when working through to Phoenix Park. (Photograph by Bob Gell)