Having received a month’s worth of rain in one day causing severe flooding at Edinburgh Gateway Edinburgh Trams resumed a full service at approximately 1230 on Thursday 8th June – over a day and a half after services were suspended between Edinburgh Park Station and the Airport.

As we reported yesterday the heavy rainfall had caused major flooding around Edinburgh Gateway tramstop, also affecting access to Gogar Depot. Late evening services on Tuesday 6th June were the first to be affected with several trams being kept out overnight stabled at various tramstops on the line. Wednesday 7th June saw trams only run from York Place to Edinburgh Park Station whilst the water – or Loch Gogar as it was dubbed! – was pumped away. Once the flood had subsided engineers had to check that all equipment was working as normal further delaying a full resumption of services. Trams were initially extended to Edinburgh Gateway mid-morning before a full service from York Place to the Airport was resumed shortly after midday on Thursday 8th June.

The resumption of a full service would have been met by a breath of relief by Edinburgh Trams bosses with a Robbie Williams concert due to take place at Murrayfield Station on Friday 9th June – once again the trams are expected to carry a significant number of concert goers to the venue. 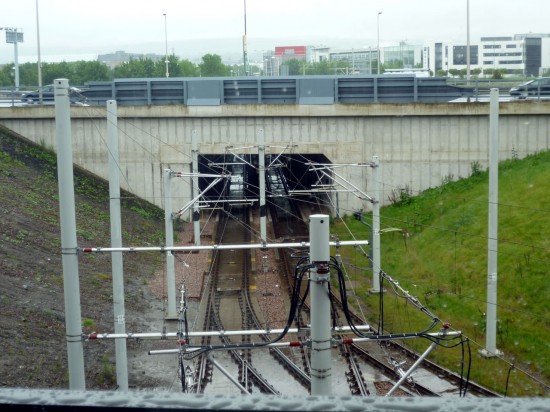 Comparing this image to that taken the previous day you can see the big difference with the flood waters now having gone. 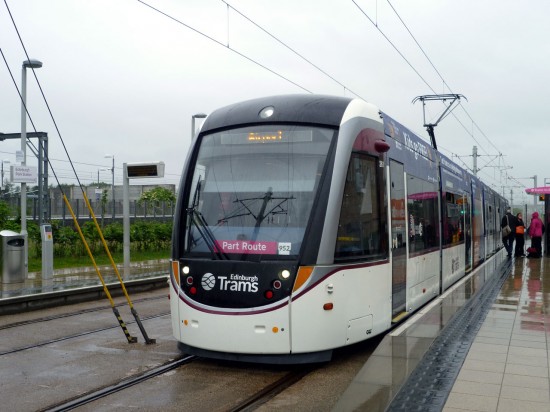 Despite showing Airport as the destination 261 was being terminated at Edinburgh Park Station in this image. Note the Part Route sign in the windscreen.

252 demonstrates the use of the crossover at Edinburgh Park Station as it returns to the city centre. 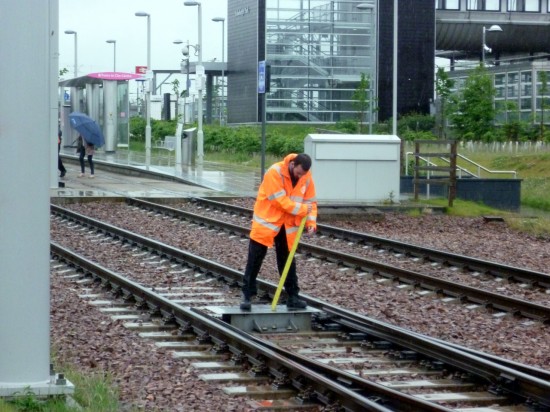 As with the previous day the points at Edinburgh Park Station has to be changed by hand – the main difference being the weather wasn’t as kind to the operator! (All Photographs by Roy Calderwood)