In Pictures: Preston Trampower project grinds to a halt?

Last time we reported on the project to return trams to Preston in the form a short demonstration line it seemed that after much delay there was a positive future with clearance works having commenced at the start of 2017. However, these initial small footsteps into the line being ready for use seem to have been a bit of a false dawn as these photos from Mike Haddon show.

The initial plan – which was finally approved by Preston Council at the end of 2016 after much toing and froing – was for a short 0.8 mile demonstration line on the former Preston to Longridge railway line between Skeffington Road and Deepdale Street. This would be for demonstration and test use only and would not be allowed to carry passengers with the City Class prototype tram expected to be used for this purpose. If this had proved to be a success further plans were in the pipeline for an extension and approval for passenger use.

Network Rail had started vegetation clearance works at the start of this year but since this has been done very little progress seems to have been made. The actual construction work – which was due to include a depot for the tram, a platform and a station building – does not seem to have started as yet. 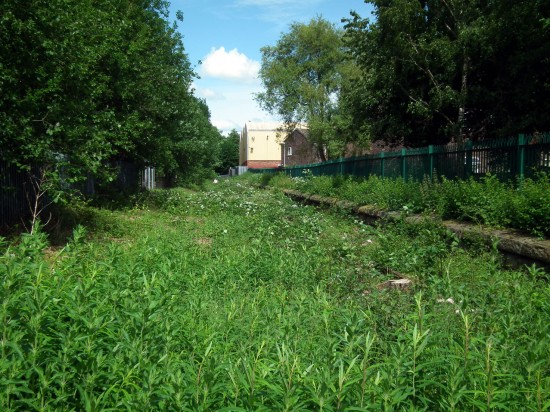 Vegetation work may have started but there is still a lot to be done judging by this view on 3rd June 2017! This is the former Longridge branch line looking north-east at Skeffington Road. 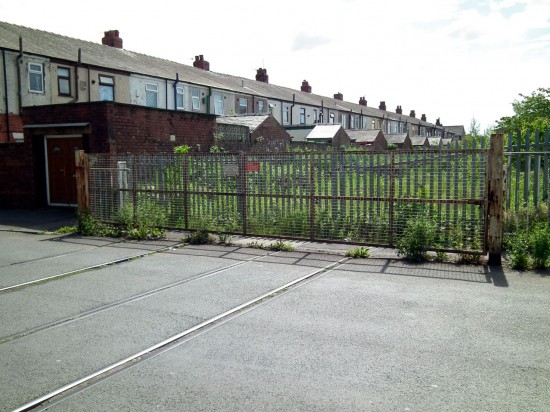 This view is looking south-west from Skeffington Road crossing towards Deepdale Mill Street on 3rd June 2017. No clearance work at all appears to have been carried out along this section of the proposed demonstration line. 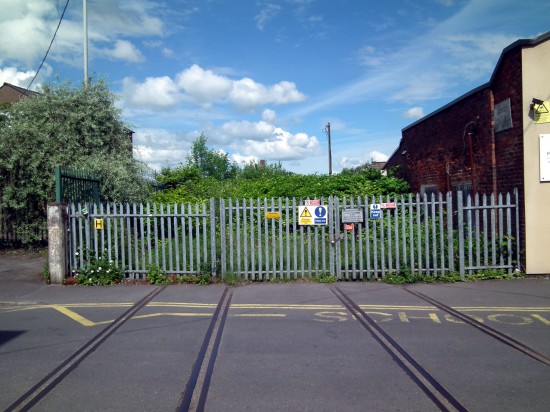 The former coal yard access tracks seen looking north-east at the Deepdale Mill Street level crossing on 3rd June 2017. These tracks join the Longridge branch proper between here and Skeffington Road and are planned to form the northern end of the proposed short demonstration line. (All Photographs by Mike Haddon)

6 Responses to In Pictures: Preston Trampower project grinds to a halt?