Posted on Thursday 16 February 2017 by Gareth Prior

We have three photos of set 3 for you today as Picture in Time heads back to Blackpool with the feature tram being Twin Car 673+683.

The motor of this Twin set started off life as English Electric Second Series Railcoach 273 with it moving into the Rigby Road workshops in January 1961 for conversion into a Twin Motor car. It was released from the workshop in May of the same year, the eighth conversion to be made available for service, whilst its eventual permanent trailer, originally T3, entered service in September 1960. The two trams were permanently coupled in January 1965.

In these views we catch up with 673+683 on 31st August 1993 by which time it had received a modern coat of green and cream paint. It was to retain these colours until 2003 when it was one of five of the class to receive an overhaul which included the application of the Metro Coastlines livery scheme, in set 3’s case this was the Turquoise and Yellow version. Finally withdrawn in 2010 673+683 was acquired by an enthusiast for preservation and is currently stored with the Fleetwood Heritage Leisure Trust’s trams in Wyre Dock, Fleetwood.

All three of these images are taken in the vicinity of Bold Street, Fleetwood and in this first one we see the Twin joined by a Brush Car on Bold Street itself following the end of its journey from Blackpool. 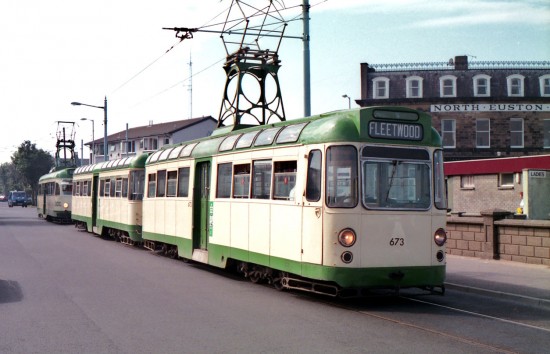 Then we take a look from the other end at the Trailer of the tram with the destination blind changed for its return to Pleasure Beach. 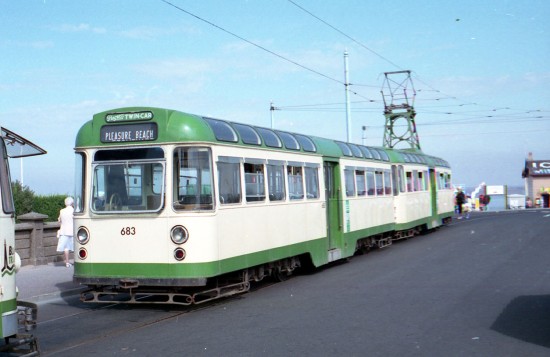 And the final shot shows 673+683 rounding the curve from Bold Street onto Fleetwood Esplanade and the loading stop at Fleetwood Ferry. 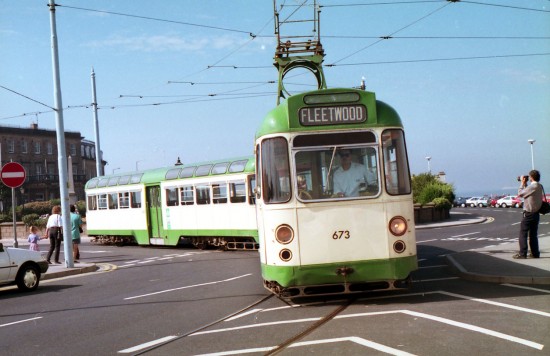 All Photographs by Ralph Oakes-Garnett