An early start for daily heritage tours in Blackpool

Due to the school half-term holidays taking place during February, Blackpool Heritage Tram Tours have started running a daily heritage service – the earliest in the year that this level of service has ever been provided since the tramway’s light rail upgrade. Due to variation in the dates of school holidays, this will last for a fortnight. From 11th to 24th February, the familiar ‘blue’ service will be operating every day with two trams in use and this has already provided a few surprises!

Freezing cold weather on Saturday 11th February prompted a requirement for heated cars to operate the heritage tours, but with Balloon 717 out of action after becoming defective whilst running the previous weekend, and Centenary car 648 also unable to be used, this left a severe shortage of suitable vehicles fitted with saloon heaters. As a result, Balloon 723 was joined by sister car 719 – one of the three ‘B Fleet’ Balloon cars painted in the modern white and purple fleet livery. Although these trams do make occasional appearances on the heritage service, to see one out on the two-car blue service was quite unusual although despite its modernised appearance, passengers appreciated the chance of a top deck ride in February!

The same duo were used again the following day, but on Monday 13th milder weather allowed Railcoach 680 to be used alongside 723. Then on Tuesday 14th, 680 was out again along with another modernised Balloon – this time it was car 700‘s turn, whilst 719 was used for driver training.

No doubt the novelties will continue as the season progresses, but the use of widened Balloon cars on the blue heritage timetable three times already this year seems to have set the standard for rare workings. With a lack of suitable heater-fitted heritage trams available, we may well see further outings for the ‘B Fleet’ over the next few weeks, but knowing the heritage team, almost anything could happen! 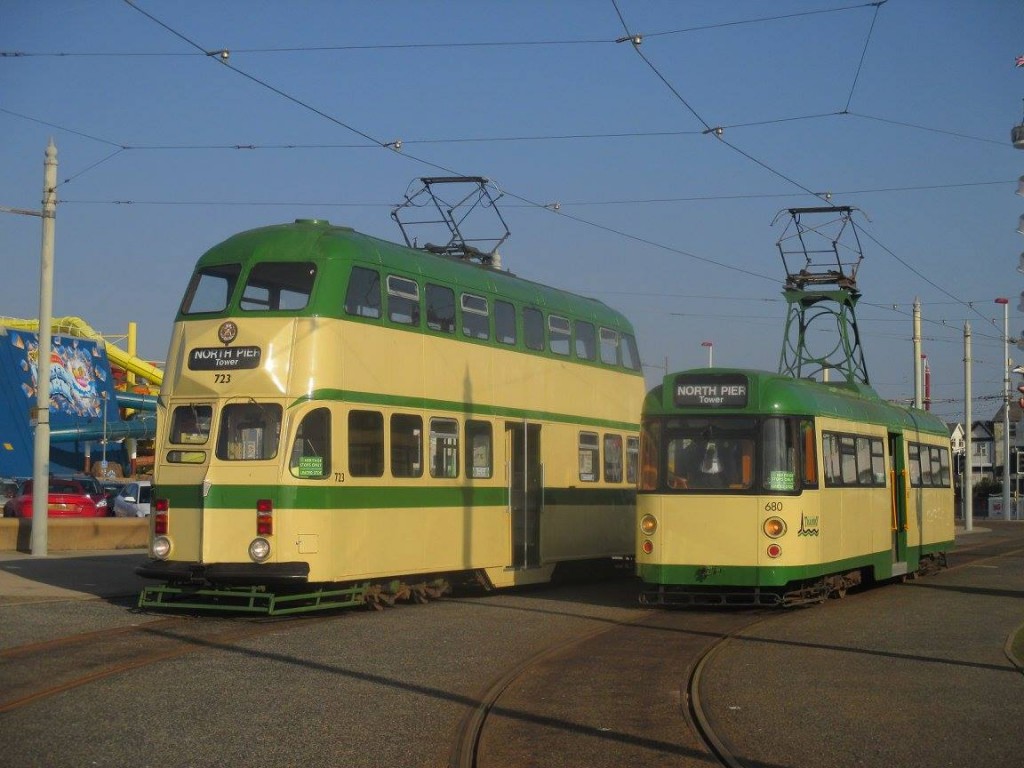 Green and cream delights with cars 723 and 680 together at Pleasure Beach on a sunny 13th February. 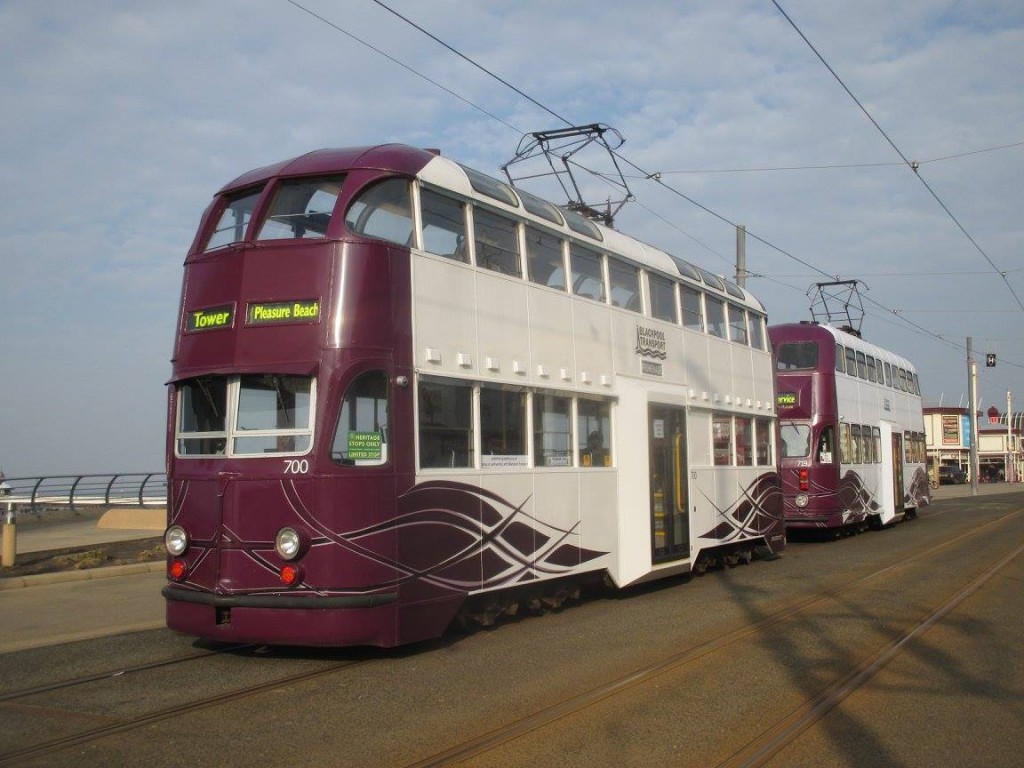 Matching purple and white Balloons 700 and 719 at North Pier on Valentine's Day, when the former was operating heritage tours and the latter was being used to train new volunteer drivers. (Photos by Rob Bray) 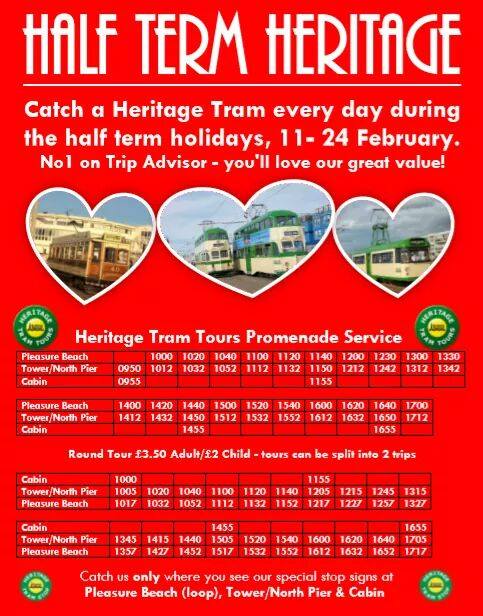 A publicity poster advertising the half-term heritage service, including a detailed timetable for the period. (Image courtesy of Blackpool Heritage Tram Tours)