Posted on Tuesday 14 February 2017 by Gareth Prior

And we are off to Wales for the next edition of Picture in Time as we go black and white for an image of the Great Orme Tramway in August 1963.

The tram we feature in this shot is one of the two lower section cars in the form of no. 4. We see 4 at Halfway – a location which looks significantly different today following the redevelopment of the station to include historical information and viewing areas of the winding gear – as it awaits the time to descend back down to the town terminus. At this time 4 was in the plain livery with the line actually known as the Great Orme Railway rather than the Great Orme Tramway we know today. 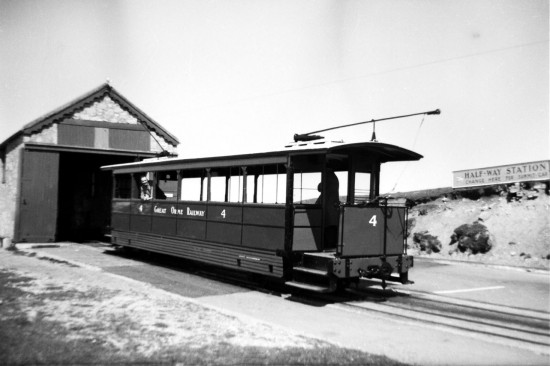